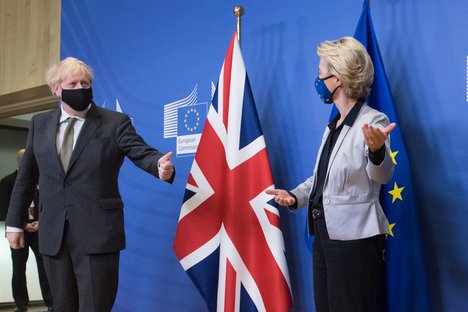 Brussels and London are locked in a dispute over the size of the UK’s Brexit bill, after the EU suggested that Britain would be obliged to pay €47.5 billion (£40.8 billion) as part of its post-Brexit arrangements. But the UK Treasury insisted that the Brexit divorce settlement remained within its previous central range

“no definitive cost to the settlement”