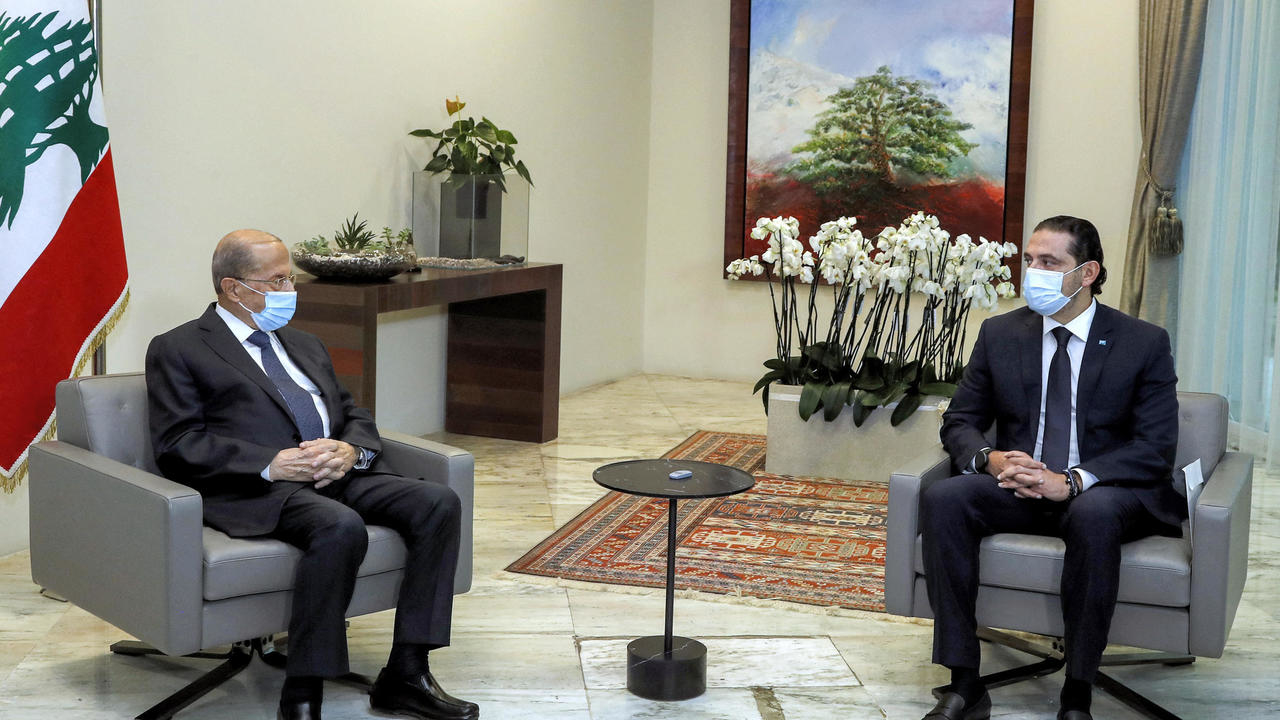 Lebanon faced yet more misery Friday after the failure of premier-designate Saad Hariri to form a government, and as France prepares to host an aid conference on the first anniversary of the country’s port blast.
Hariri’s exit on Thursday comes amid a financial downturn branded by the World Bank as one of the planet’s worst since the mid-19th century. His departure leaves the country rudderless as Lebanon faces soaring poverty, a plummeting currency, renewed street protests and shortages of basic items from medicine to fuel. In a sign of what’s to come, Health Minister Hamad Hassan said Friday the government would scrap subsidies on medicines costing less than 12,000 Lebanese pounds ($8 at the official rate) to shore up foreign currency reserves.