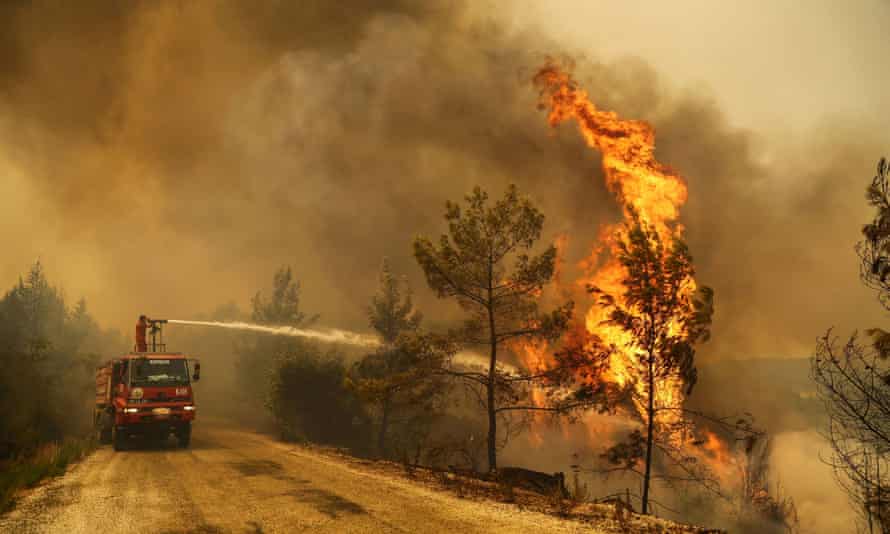 The heat intensity of wildfires in Turkey on Thursday was four times higher than anything on record for the nation, according to satellite data passed on to the Guardian. At least four people were killed by blazes that swept through the tourist regions of Antalya and Mugla, forcing thousands of holidaymakers to be

“Those numbers are off the scale compared to the last 19 years,”