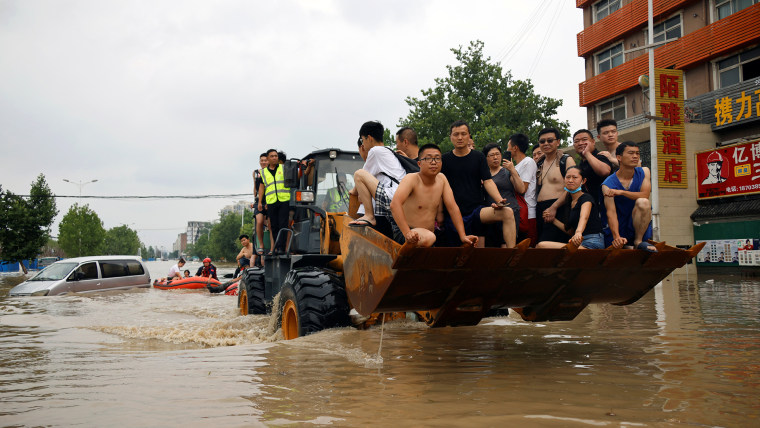 SHANGHAI – Five cities in the central Chinese province of Hubei have declared “red alerts” after torrential rain left 21 people dead and forced the evacuation of nearly 6,000 people, state media reported. The deaths were recorded in the township of Liulin, part of the city of Suizhou in the north of the province