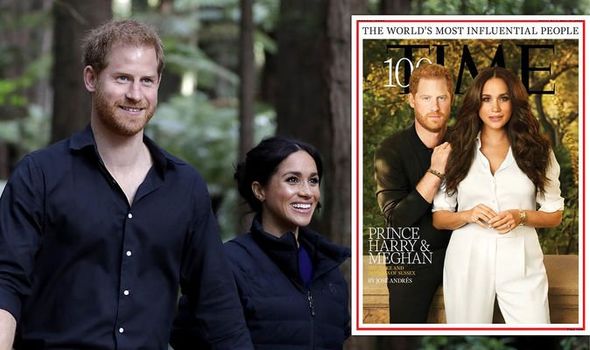 Prince Harry and Meghan Markle are among those to make the Time’s 100 most-influential people list this year.

Meghan and Harry are living in the United States after stepping down as senior members of the British royal family.

The couple have received backlash for their media interactions where they opened up about their decision to step down from their royal duties.

The pair angered the royal family when they sat for an explosive interview with the TV legend Oprah Winfrey in March.

Harry returned to the UK in April to attend the funeral prayers for his grandfather Prince Philip.

The Duke visited the UK for the second time in July for the unveiling of Princess Diana’s statue in Kensington Palace.