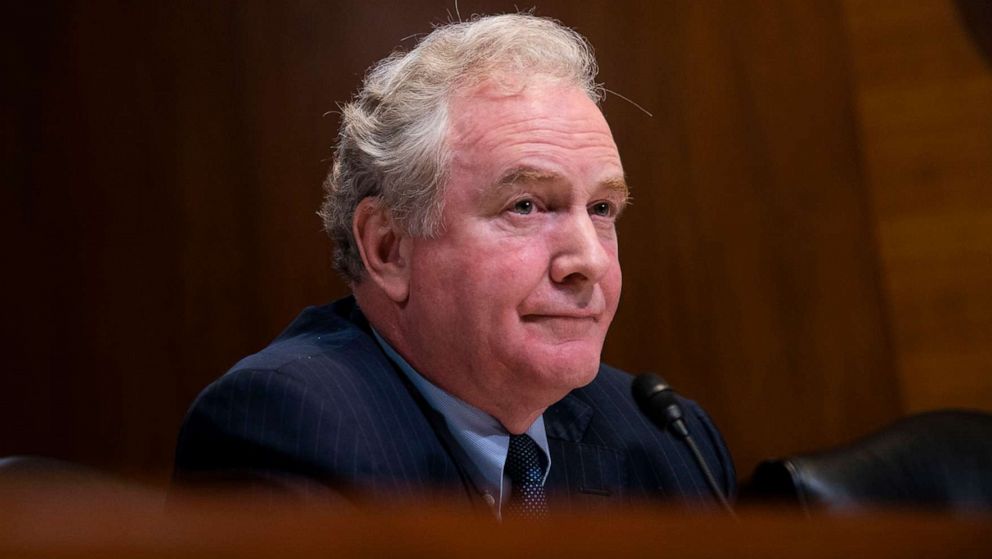 US Senator Chris Van Hollen said on Tuesday that the Trump administration had enabled the Taliban’s takeover of Afghanistan, as he vindicated Pakistan, which he said had released three top Taliban commanders on the then US government’s request to push forward the Afghan peace process.

The senator, a Maryland Democrat who was born in Karachi, argued at the first senate hearing on the US withdrawal from Afghanistan that it was in Pakistan’s interest to “prevent chaos and civil war” in its neighbourhood.

At Tuesday’s hearing of the Senate Foreign Relations Committee, some Republican lawmakers blamed the Biden administration for the chaos — and the Taliban takeover — that followed the US withdrawal from Afghanistan last month.

Others — both Republicans and Democrats — also targeted Pakistan for its alleged support to the Afghan Taliban during the 20-year war.

Responding to these allegations, Senator Van Hollen engaged in a dialogue with Secretary of State Antony Blinken, who was the main witness.

“Is it not the fact that the Trump administration asked the Pakistani government to release three top Taliban commanders as part of that process?” he asked.

Van Hollen asked a number of questions from the secretary such as Abdul Ghani Baradar being one of those released to the US negotiators, not including the former Afghan government in the Doha talks and pressuring them to release 5,000 Taliban prisoners who were later involved in Kabul’s takeover, to which Blinken responded: “That’s correct.”

The US senator also raised the agreement reached that said US forces would leave by May and would not be attacked but there was no such restriction on attacking Afghan forces, to which Blinken said he was correct.

“And so, we pick a date. We say to the Taliban you can attack Afghan forces and then we say, now let’s negotiate the future of Afghanistan. Isn’t the way it was set up when you walked in?” the senator asked. “That’s essentially, yes,” Blinken replied.