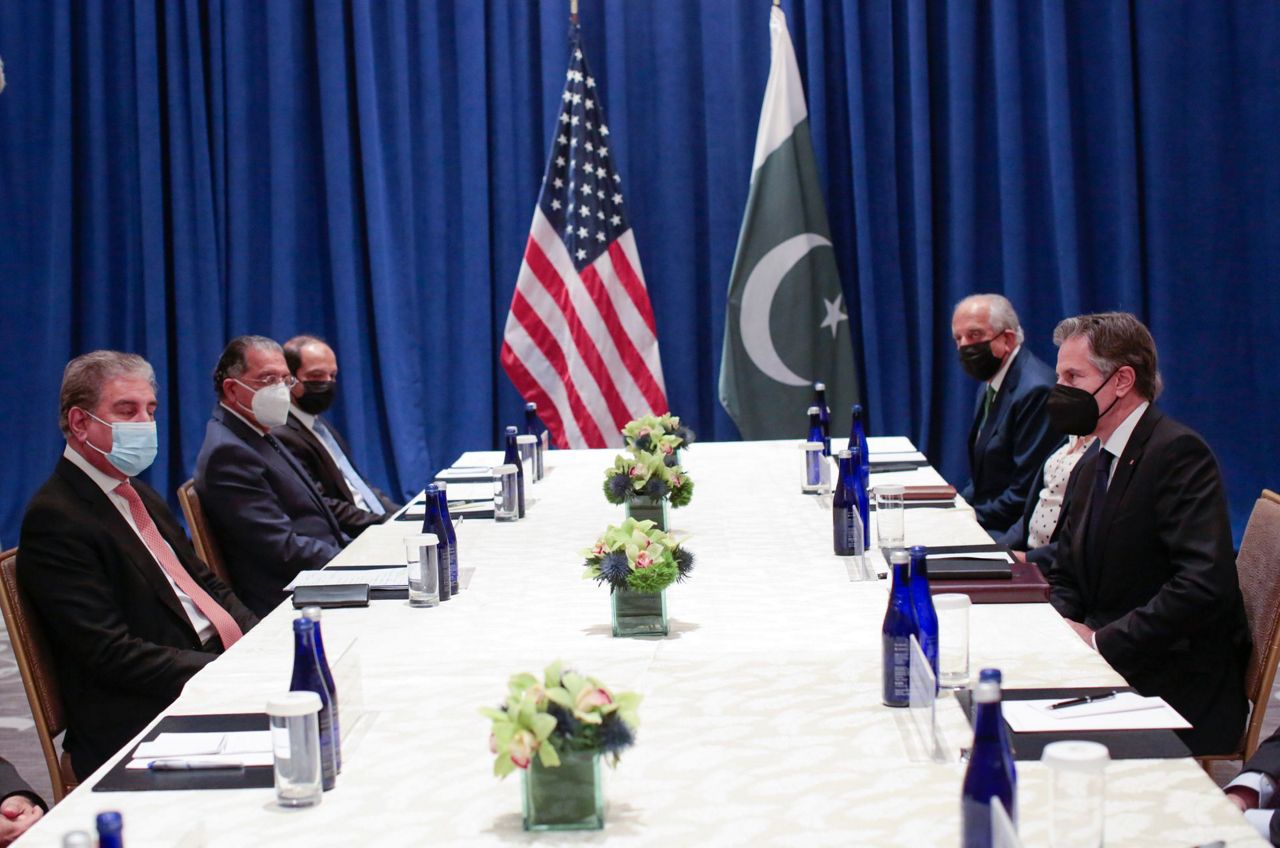 Qureshi’s comments came during a press conference at the Pakistan High Commission in London after he concluded a meeting with the United Kingdom’s Secretary of the State for Foreign Affairs and Minister for Women and Equality Elizabeth Truss at the Foreign, Commonwealth, and Development Office in London.

The foreign minister is in London on a three-day official visit to the United Kingdom after the conclusion of his trip to New York where he attended the 76th session of the United Nations General Assembly (UNGA).

Qureshi said that he shared a “well-researched dossier” with his UK counterpart on behalf of the Pakistani government in which over 3,000 war crimes and other human rights violations by Indian occupation forces in Jammu and Kashmir have been documented.

The minister lauded the UK for “playing [a] definitive role in addressing poor conditions of people of [the] disputed territory and help in securing Kashmiris’ inalienable right of self-determination”.

He also touched upon the issue of Pakistan’s red listing, as well as the England and Wales Cricket Board (ECB)’s decision to pull out of the Pakistan tour.

“I raised the issue with the UK foreign secretary that Pakistan not only bore financial loss but the unilateral decision also affected Pakistan’s image,” he said during the press conference. “Truss said that the decision was taken by the ECB and not the UK government, but she would convey Pakistan’s message to the board.”