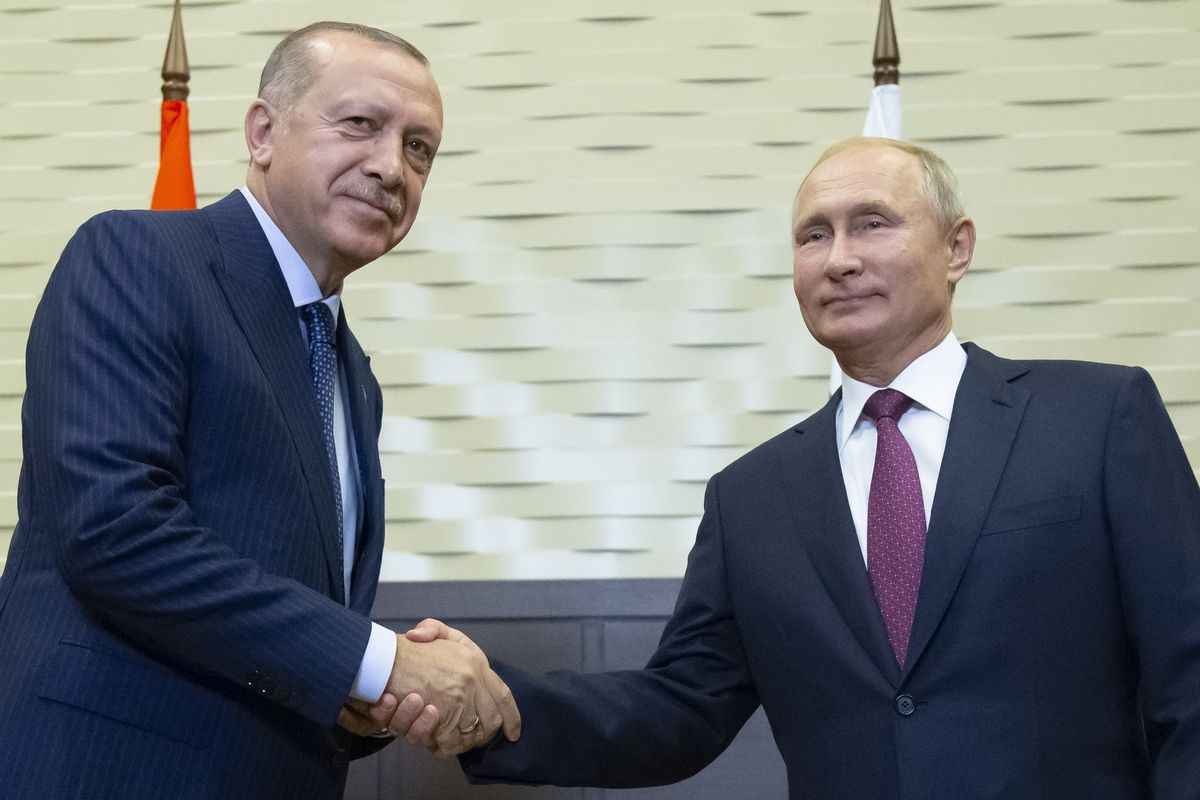 The presidents of Russia and Turkey will hold talks on Wednesday on curbing renewed violence in northwest Syria and possibly expanding Moscow’s sales of military defence systems to Ankara, Turkish officials said.

Vladimir Putin is hosting Tayyip Erdogan at Russia’s Black Sea resort of Sochi, where the Turkish leader will press for a return to a ceasefire they agreed last year to end a Russian and Syrian army assault on Turkey-backed fighters in Syria’s Idlib region.

The ceasefire has prevented another major military escalation, but rebel fighters say Russia has stepped up air strikes around Idlib over the last week.

“We are abiding by the principles of the agreement reached with Russia,” Turkey’s Defence Minister Hulusi Akar told reporters. “We expect the other side to also abide by their responsibilities under the agreement.”

Russia’s defence ministry said that work to implement an earlier Russo-Turkish deal on Syria was continuing, including joint patrols involving Russian military police. It said there had been heavy shelling by Islamist fighters in the Idlib area.

Moscow says Russian forces are in Syria at the official invitation of President Bashar al-Assad and that the presence of other forces is hindering his efforts to reunite and rebuild the war-shattered country.

Turkey has thousands of troops in northern Syria and supports insurgents opposed to Assad, who with Moscow’s support has driven them back to a small pocket of territory on the Turkish border.

In March last year Turkish land and air forces stemmed a Russian and Syrian army assault which displaced 1 million people, brought Ankara and Moscow close to direct confrontation, and threatened another wave of migration into Turkey, which is already hosting 3.6 million Syrian refugees.

Three Turkish officials said Syria would be the main focus of the Sochi meeting. Erdogan has said some of the talks with Putin will be one-on-one, without accompanying delegations.