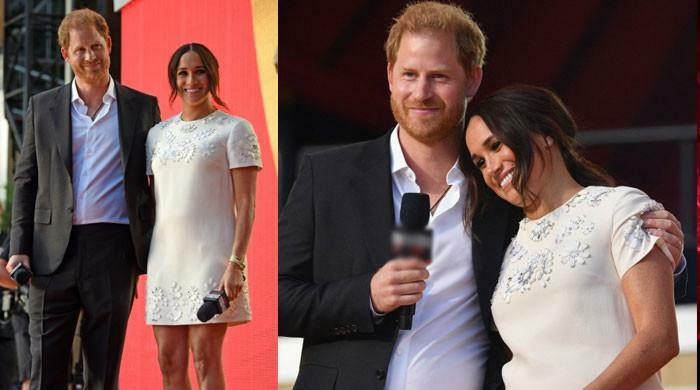 Meghan Markle faced backlash over the cost of her high-end wardrobe during her and Prince Harry’s first big trip as independent royals.

The Duke and Duchess of Sussex were in the Big Apple for a three-day visit during which they met with global leaders and took part in a vaccine equity event in Central Park.

Meghan has been dealt flack for wearing thousands of pounds worth of clothing and jewellery during her and Prince Harry’s three-day visit to New York last week.

The Sussexes stepped out in public for the first time since their daughter Lilibet was born in June to carry out a number of high-profile meetings under the banner of their non-profit organisation Archewell.

During their visit to a school in Harlem, one of the city’s more deprived areas, Meghan’s £7,000 ($10,741) ensemble to meet students prompted scorn from some.

In an opinion piece for the NZ Herald journalist Daniela Elser raged: “Just let that sink in for a moment.”

“If there was ever a moment that epitomised her shedding of that former life once and for all it was when she stepped out of a black Range Rover in New York on the weekend wearing a $10,741 outfit to meet students from a Harlem public school where 94 per cent of students are reportedly getting free meals.

Prince Harry and Duchess Meghan returned to California After Knockout New York Tour. The Duke and Duchess of Sussex’s first big trip as independent royals was a success.