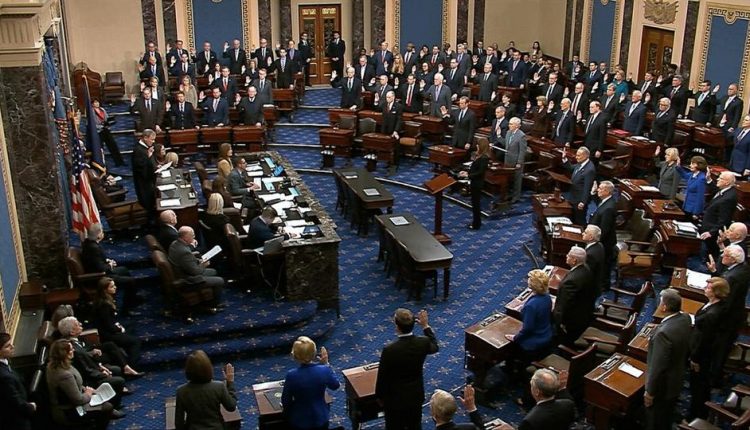 American senators have tabled a bill in the US Senate, demanding a deeper investigation into the Taliban’s victory in Afghanistan and sanctions on the group as well as those who assisted them in driving out the Ashraf Ghani-led regime.

The ‘Afghanistan Counterterrorism, Oversight, and Accountability Act’ seeks to establish a task force that will focus on continued evacuation of American citizens, legal permanent residents and Special Immigrant Visa holders from Afghanistan.

Introduced by 22 American Republican senators, the bill seeks to tackle issues related to the Afghan withdrawal, such as counterterrorism strategies and sanctioning the Taliban for alleged human rights abuses in the country.

“Not later than 180 days after the date of the enactment of this Act, and not less frequently than annually thereafter, the Secretary of State, in consultation with the Secretary of Defense and the Director of National Intelligence, shall submit to the appropriate congressional committees a report on entities providing support to the Taliban,” the bill read.