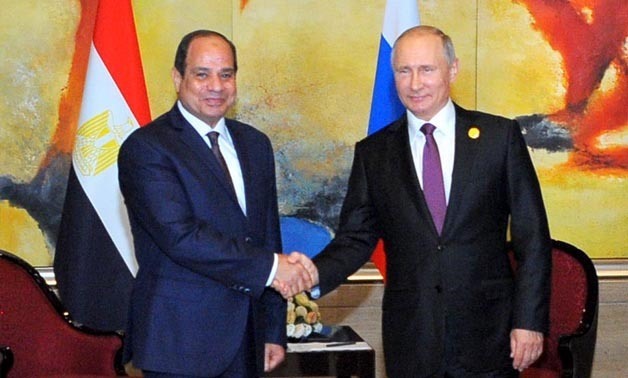 The Russian Foreign Ministry announced on Monday that Foreign Minister Sergey Lavrov will confer later in the day in Moscow with his Egyptian counterpart Sameh Shoukry on crises in the Middle East and Africa.

The ministers will discuss how to further development of bilateral cooperation in the political, trade, economic, cultural, humanitarian and other spheres, according to a Russian Foreign Ministry statement.

They will also exchange views on a set of regional and international issues and means of working out political settlements in addition to implementing joint ventures.

Sergey Lavrov visited Egypt in April 2021 and held discussions with Shoukry on the updates in the MENA region including updates in Palestine, Lebanon, Syria and Libya.

They also discussed boosting cooperation and relations between Cairo and Moscow, and the latest developments on the Ethiopian Renaissance Dam.

Hafez said Shoukry asserted during the meeting the historic ties binding the two countries and the continued coordination between them in the various spheres.