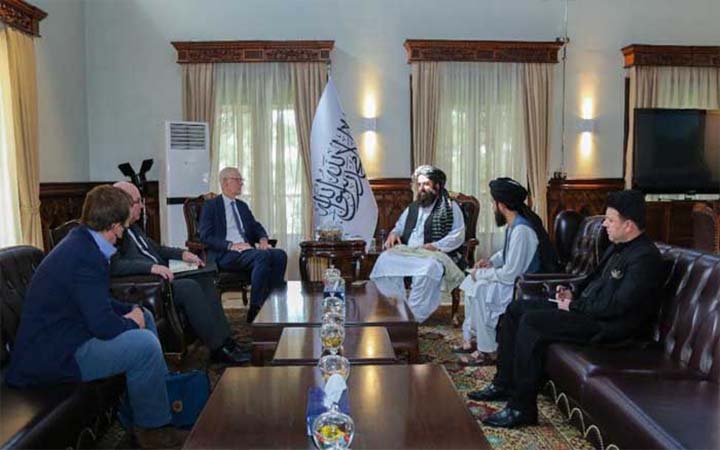 LONDON: British Prime Minister Boris Johnson’s special envoy met Taliban leaders in Afghanistan to discuss the humanitarian crisis and ways to prevent the country from becoming an incubator for militants.

They “discussed how the UK could help Afghanistan to address the humanitarian crisis, the importance of preventing the country from becoming an incubator for terrorism, and the need for continued safe passage for those who want to leave the country,” the Foreign Office added.

“They also raised the treatment of minorities and the rights of women and girls.” Gass was accompanied by Chargé d’Affaires of the UK Mission to Afghanistan in Doha.

The Taliban declared a new regime after overrunning the capital in August and ousting the US-backed government.

But after 20 years of war the aid-reliant country faces economic collapse, with major donors pausing funding and no emergency support in place.

The new rulers have been courting hesitant foreign powers in a bid to restart cash flows to the country, where civil servants and healthcare workers have gone months without salaries.