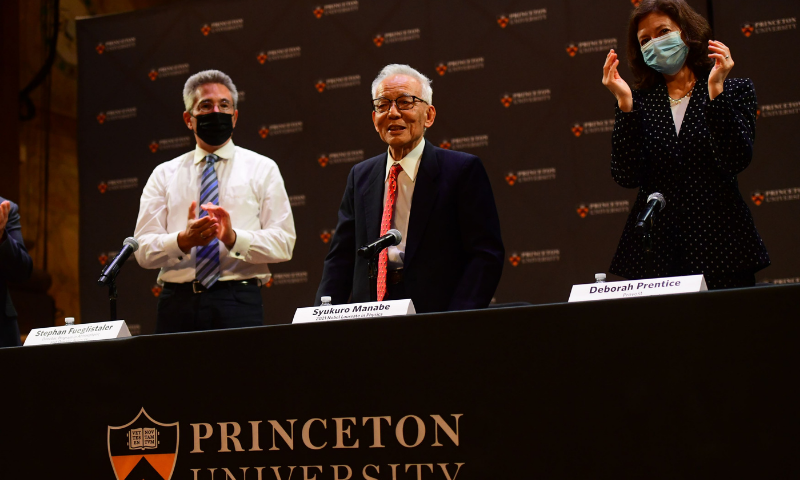 STOCKHOLM: US-Japanese scientist Syukuro Manabe, Klaus Hasselmann of Germany and Giorgio Parisi of Italy on Tuesday won the Nobel Physics Prize for climate models and the understanding of physical systems, the jury said.

The Nobel committee said it was sending a message with its prize announcement just weeks before the COP26 climate summit in Glasgow, as the rate of global warming sets off alarm bells around the world.

“The world leaders that haven’t got the message yet, I’m not sure they will get it because we are saying it. But … what we are saying is that the modelling of climate is solidly based in physics theory,” said chair of the Nobel Committee for Physics, Thor Hans Hansson.

Manabe, 90, and Hasselmann, 89, share one half of the $1.1-million prize for their research on climate models, while Parisi, 73, won the other half for his work on the interplay of disorder and fluctuations in physical systems.

“Syukuro Manabe and Klaus Hasselmann laid the foundation of our knowledge of the Earth’s climate and how humanity influences it,” the Nobel Committee said.

“Giorgio Parisi is rewarded for his revolutionary contributions to the theory of disordered materials and random processes,” it added.

“The discoveries being recognised this year demonstrate that our knowledge about the climate rests on a solid scientific foundation, based on a rigorous analysis of observations,” Hansson said.

Manabe is affiliated with Princeton University in the US, while Hasselmann is a professor at the Max Planck Institute for Meteorology in Hamburg.

Parisi, who also won the prestigious Wolf Prize in February, is a professor at Sapienza University of Rome.