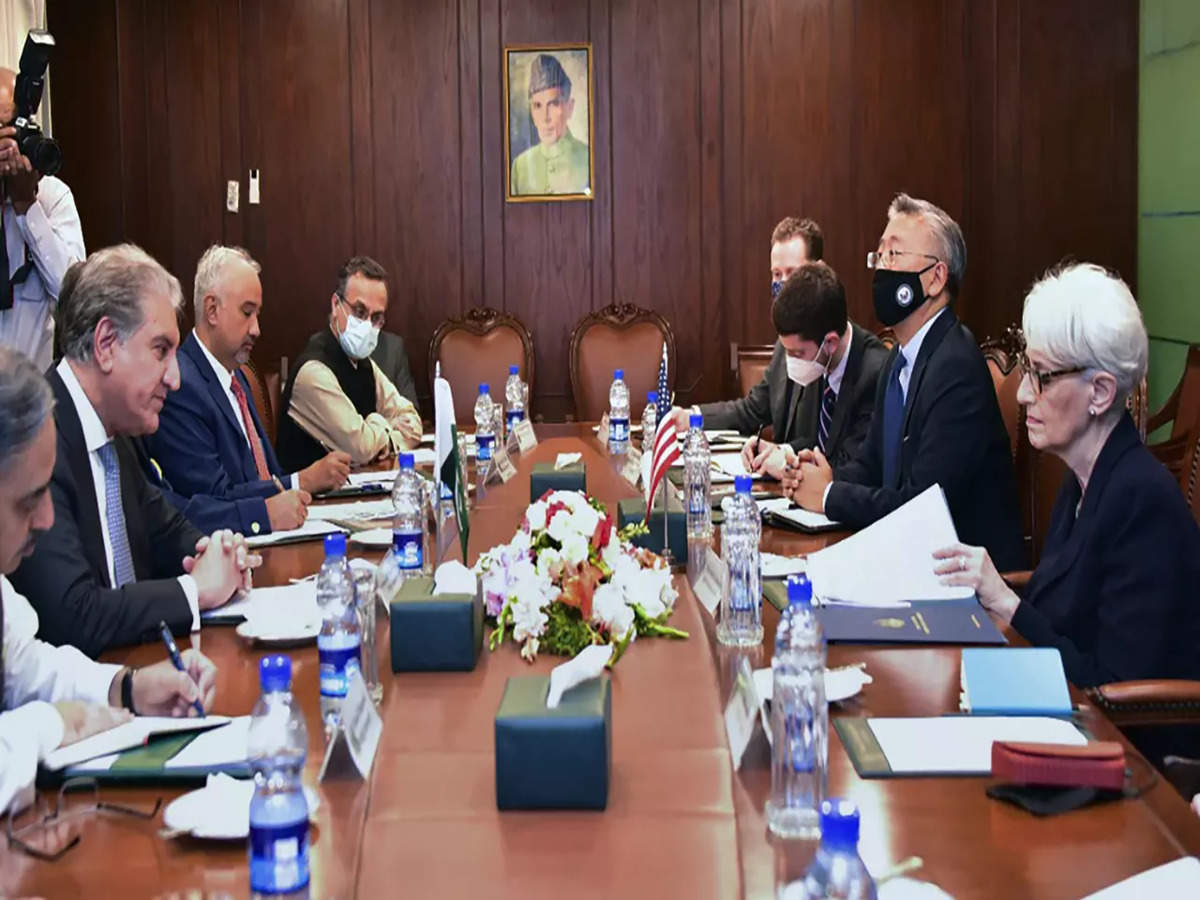 Islamabad: US and Pakistani officials held difficult talks on Friday in Pakistan’s capital amid a worsening relationship between Washington and Islamabad as each searches for a way forward in a Taliban-ruled Afghanistan.

The meeting between Washington’s deputy secretary of state and Pakistan’s leaders came amid an array of unsettled issues. They include questions such as the level of future engagement with the Taliban in Afghanistan, and the ongoing evacuation of foreign nationals and Afghans who want to flee the country’s new Taliban rulers.

Another question on the agenda is who will provide funds to stave off a full economic meltdown and looming humanitarian crisis in Afghanistan. Since the Taliban takeover, billions of dollars in aid have been frozen. Nearly 80% of the former Afghan government’s budget was funded by international donors.

Little information has emerged from the meetings. A statement from Pakistan’s foreign ministry said “an inclusive and broad-based political structure reflecting the ethnic diversity of Afghan society was essential for Afghanistan’s stability and progress.’’

That was a clear message to the Taliban: An acceptable Afghan government is one that includes representatives of all Afghan minorities.

The statement also had a message for the world, saying “the current situation required positive engagement of the international community, urgent provision of humanitarian assistance, release of Afghan financial resources, and measures to help build a sustainable economy to alleviate the sufferings of the Afghan people.’’

The international community has repeatedly expressed concern over Taliban restrictions on access to education for girls and women, both at the high school and university level. It has warned against a return to the the harsh Taliban rule from the 1990s, when they first controlled Afghanistan and banned women from school, the workplace and a public life.

Meanwhile, Afghanistan also featured prominently at a national security meeting on Friday attended by Pakistan’s military leaders and Prime Minister Imran Khan. A statement warned that instability in Afghanistan would have “severe implications for Pakistan.’’ Khan ordered that a “special cell’’ be set up to coordinate humanitarian aid to Afghanistan and manage Pakistan’s border with its neighbor.

Sherman, who arrived on Thursday for a two-day visit, also met with Pakistan’s Security Adviser Moeed Yusuf late on Thursday, to discuss “developments in Afghanistan and ways to advance cooperation across the bilateral relationship. ‘’

Pakistan walks a fine line as it seeks to establish a relationship with the US in a changing region, where both Russia and China have increasing influence.

A strident opponent of the US-led so-called “war on terror,’’ Khan has assured Pakistanis that Washington would have no access to Pakistan’s territory for so-called “over-the-horizon’’ attacks on Afghanistan.