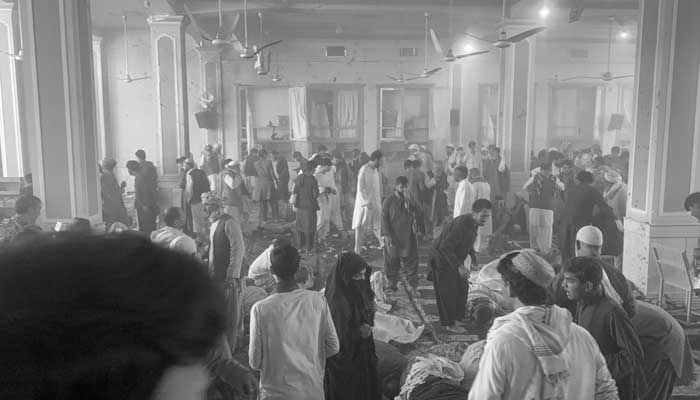 KANDAHAR: A suicide bomber attacked a mosque in the Afghan city of Kandahar during Friday prayers, killing at least 33 people and injuring 74 others, Taliban officials said.

The assault came just a week after a suicide attack on worshippers at a mosque in the northern city of Kunduz, which was claimed by the Daesh.

Taking to Twitter, Taliban spokesperson Zabihullah Mujahid condemned the attack and wrote: “The Islamic Emirate condemns the barbaric attack on civilians in a mosque in Kandahar. We have directed the security forces to find the perpetrators of such grave crimes as soon as possible and bring them to justice.”