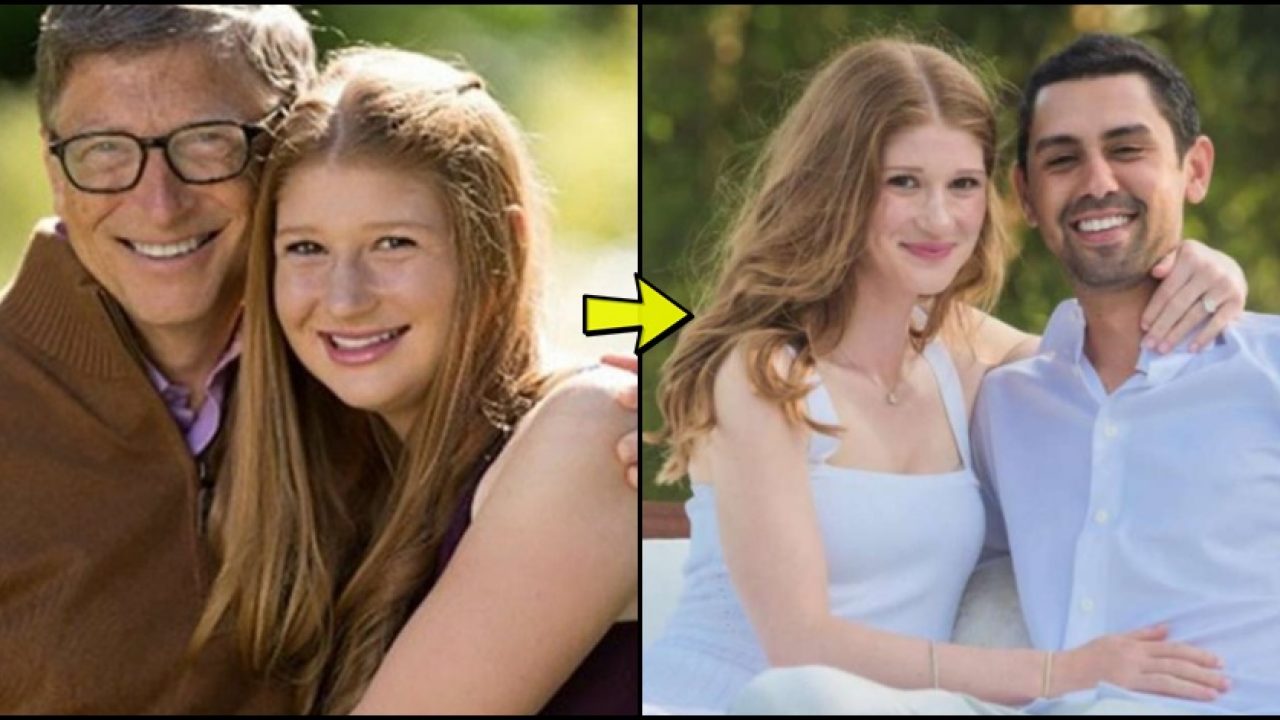 NEW YORK: Microsoft heiress Jennifer Gates has married Nayel Nassar, 30, during a beautiful ceremony on Saturday afternoon at her home here in Westchester.

It was her second set of nuptials of the weekend having previously tied the knot with the Egyptian equestrian in a secret religious Muslim ceremony on Friday night, foreign media reported.

The private Muslim ceremony was held on Friday night in the garden of the family’s 142-acre estate in North Salem, New York where a much larger civil ceremony with 300 guests took place on Saturday afternoon.

Jennifer began dating Nassar — a businessman who, like herself, is an accomplished equestrian and fellow Stanford University graduate — in 2017. She announced their engagement in January 2020, which occurred while the two were on a ski trip.

After the wedding on Saturday, Jennifer and her father, Bill, danced to Elton John’s ‘Can You Feel The Love Tonight’.

The bride, wearing a custom Vera Wang gown, stepped out of her mansion flanked by nine bridesmaids dressed in evergreen, who all appeared to be smiling and laughing as they posed for pictures.

One of the bridesmaids was seen holding up Gates’ long veil as the group gathered for pictures with shades of autumn all around.

Jennifer was seen to be clutching a white flower bouquet, her veil lifted over her face. She wore her auburn hair half up and half down and wore a pair of earrings to accent her dress.

She, together with her parents then headed across the road where hundreds of guests had begun to gather from 3pm to witness the happy couple getting married in a civil ceremony.

Parents Bill and Melinda Gates jointly walked 25-year-old Jennifer down the aisle at the ceremony on Saturday afternoon.

The reception began shortly after 4pm. Bill could be seen in a dark suit, while Melinda was wearing a flowing purple gown.

The crowd let out a big cheer shortly after 5pm as the couple were finally declared man and wife. Servers could be seen standing at the ready with celebratory glasses of champagne which were handed to guests as they passed by.

Following the ceremony, the couple made a quick getaway to have some private wedding photos taken on the estate.

Saturday’s guest list mostly consists of friends and family, with few celebrities or politicians invited. Georgina Bloomberg, the daughter of billionaire Michael Bloomberg and a fellow professional equestrian who owns a horse farm nearby, was invited.

The daughter of former New York City Mayor Michael Bloomberg was seen arriving at the nuptials drinking a glass of what looked like a beer while sat in the back of her SUV, arriving at the venue just after 4pm.

Friday night’s rehearsal dinner — which secretly served as a reception for the private religious ceremony — was catered by Jean-Georges and included a lobster dish and pasta.

At the rehearsal, father of the bride Bill Gates and his daughter could be seen sitting on the outdoor deck of her Westchester mansion with the pair laughing and joking before appearing deep in thought.

Bill and Melinda Gates, who divorced in August after 27 years of marriage, were also seen mingling with guests at the dinner in their first appearance together since separating.

Just hours before the second, larger ceremony on Saturday, workers were racing to put the finishing touches in place.

As dark clouds formed overhead on Saturday morning, with a line of storms bearing down on New York, an acapella group was heard rehearsing ‘Shine Your Light on Me’ at the wedding venue.

As the hour of the civil ceremony neared, security precautions kicked into high gear. Local police, with the help of the New York State Police, shut down the road outside the Gates estate to all traffic except for invited guests.

As well, a man in a dark suit walked a German Shepherd dog into the event venue to sniff around, possibly checking for explosives.

The canine had a black vest reading ‘working dog-do not pet.’ No uniformed police were spotted, so there was no suggestion of an actual threat and the precaution was likely routine.

Meanwhile, trucks kept rolling in, including a Gallucci Catering truck filled with trays of food for the event.

The owner wouldn’t reveal the menu but their prime offerings include Eggplant Imbottito, Chicken Campagna and scallops, as well as less chichi offerings such as franks in a blanket.

A green truck from French luxury bakery Ladurée brought the massive wedding cake in separate tiers for assembly, with a wooden dowel through the center to prevent it from toppling.

As the clock ticked down to the civil vows Saturday, workers were scrambling to make last second adjustments. This included a debate over climate control.

“I’m not sure what temperature to leave the venue so the dance floor doesn’t bubble, and so we don’t kill the trees,” one crew member warned.

As if on cue, one of the newly-erected trees toppled over onto the dance floor.

‘It’s a bloody mess down here,” one staffer laughed.

Later on, someone was heard asking to cut the air conditioning down in the artist tent, noting “they’re freezing in there.”

Workers were hauling in white flowers in orange Home Depot 5-gallon buckets, to be placed along a walkway leading into the ceremony.

Choral music could also be heard coming from the horse farm as dozens of catering staff who were wearing black shirts walked outside the wooden barns. Silver heaters together with lanterns were all seen waiting to be put into place.

The workers brought in their own catering, boxes of Dunkin Donuts and gallons of coffee.

Five ladies who call themselves ‘the Sisterhood of the Walking Pants’ strolled by the event, where a loud bandsaw hurt their eardrums.

At the rehearsal dinner on Friday, Bill, 65, was seen in a dark suit while Melinda, 57, was seen in a colorful dress at the home in North Salem, New York.

The pair, who were among the most prominent couples in global business, having once worked together, could be seen welcoming guests to the Jennifer’s sprawling estate as a weekend of celebrations began in earnest.

The proud parents of Jennifer could also be seen smiling while wedding photographers took pictures of the occasion.

Earlier on Friday, Jennifer and her dashing groom-to-be Nayel also stepped out on the deck of their home to enjoy a quiet moment will Bill and Melinda, together with her younger brother.

They were seen posing for pictures on the deck before moving down to a scenic, tree-lined driveway, where the pair walked as a couple, danced and kissed.

An elaborate tent city has been set up on the property, and on Thursday potted trees were hauled in to block views of the venue from the roadway and give them some semblance of privacy.