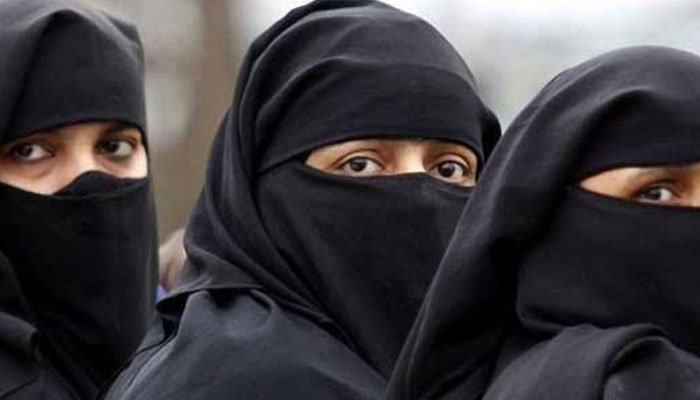 BHOPAL, MADHYA PRADESH: A Muslim woman in the Islamnagar village of India’s Bhopal was forced by a mob to take off her burqa in public, India Today reported Sunday.

The incident came to the fore after a video of the incident went viral on social media. In the video, the burqa and niqab-clad woman could be seen sitting on a motorbike, accompanied by a man.

A mob could be seen harassing the girl for wearing the burqa after which she was forced to take it off.

“Take the burqa off, you are giving a bad name to the nation,” a member of the mob could be heard telling the woman in the video.

She was then asked by the mob to remove her niqab too upon which the man accompanying her protested.

“You have to take the niqab off as well,” the member of the mob could be heard saying.

The entire incident was filmed by the mob.

Per the report, the viral video drew widespread criticism on social media, while two men were reportedly let off by the police after receiving a warning.

The report further said that no case has been registered against the incident yet.