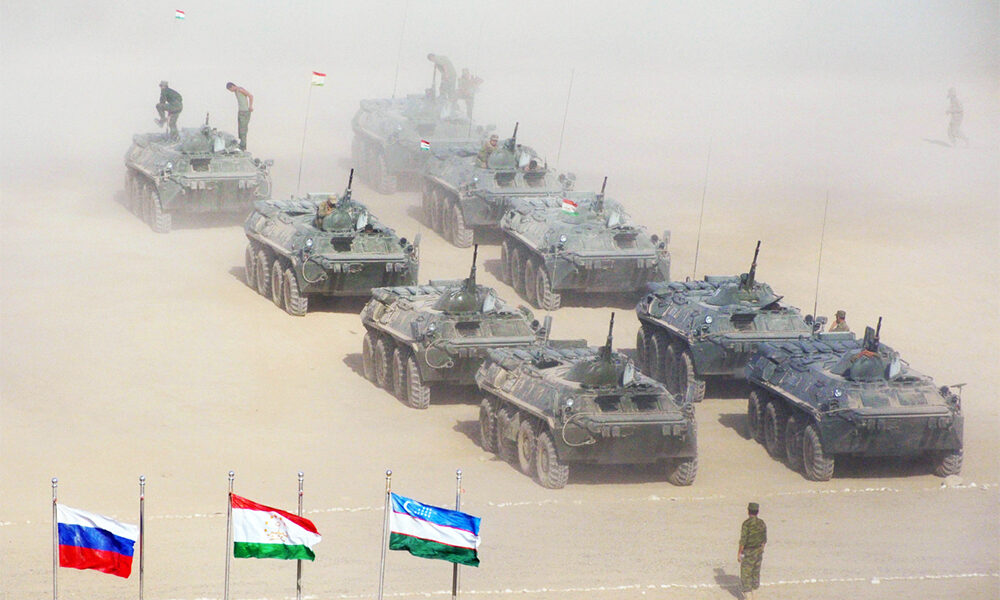 DUSHANBE: A Russia-led post-Soviet security bloc started its largest military drills near the Tajik-Afghan border in years on Monday amid cross-border tensions ahead of talks between Afghanistan’s new Taliban leaders and major regional powers.

Unlike Afghanistan’s other northern neighbours who have de facto acknowledged the Taliban leadership and started building working relationships with Kabul, Tajikistan has refused to recognise the Islamist movement and there are reports of troop build-ups on both sides of the border.

The exercise carried out by the Collective Security Treaty Organisation (CSTO) will involve over 5,000 servicemen, more than half of them Russian soldiers, Russia and Tajikistan’s defence ministries said.

Incursion ‘from’ Afghanistan: Russia says it will protect Tajikistan

The six-day drills follow a series of smaller-scale exercises held in the vicinity of the Afghan border by Russia and its Central Asian allies in August and September.

Russia is worried about the possibility of militants infiltrating the former Soviet republics of Central Asia, which Moscow views as its southern defensive buffer.

Moscow operates a military base in the former Soviet republic and has reassured Dushanbe it would assist it in the event of any cross-border intrusion.

A high-level Taliban delegation is set to visit Moscow this week for talks that will also involve China, Pakistan, India and Iran, although a senior Russian official has been reported as saying he did not expect any breakthrough.

Zamir Kabulov, President Vladimir Putin’s special representative on Afghanistan, also said officials from Russia, the United States, China and Pakistan would meet separately in Moscow on Tuesday to come up with a united position on the changing situation in Afghanistan.