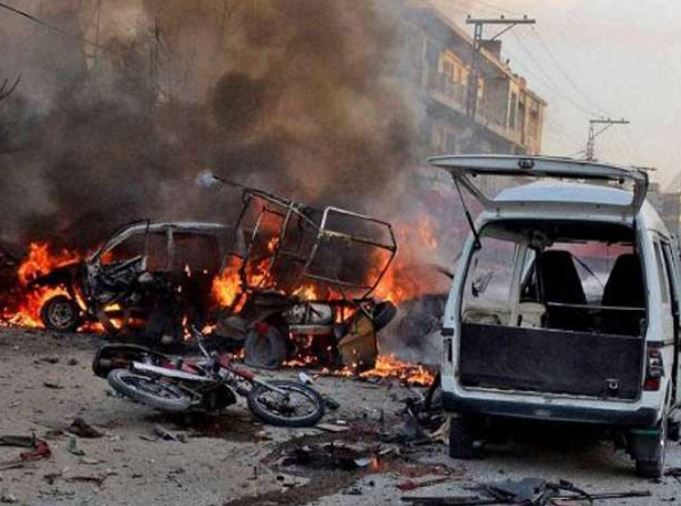 QUETTA: One police official was martyred and 13 were left injured after a blast took place near Balochistan University at Quetta’s Saryab Road, the counter-terrorism department (CTD) said Monday.

Three pedestrians were also injured in the blast, which took place near a police mobile, CTD officials said. The bomb was planted on a motorcycle, according to the CCTV footage of the incident.

Rescue officials have shifted the injured people to the Civil Hospital Quetta and Bolan Medical Complex Hospital to provide them with the necessary treatment.

Meanwhile, Minister for Interior Sheikh Rasheed summoned a report on the blast, as he expressed his condolences to the family of the martyred police officer.

“We will not allow terrorists to disrupt the peace in Balochistan […] the federal government will provide all necessary resources to the provincial government,” he added.