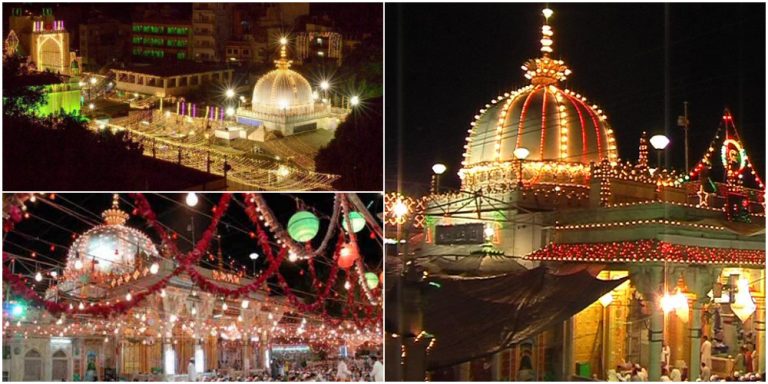 The day began with a 31-gun salute in the federal capital and 21-gun salutes in provincial capitals with the aim of paying homage to the Holy Prophet (PBUH), SAMAA TV reported.

The government has declared a public holiday across the country. There will be religious processions in various cities.

Public and private buildings, mosques, and streets across the country have been decorated with fairy lights and green flags.

On this occasion, special prayers will be offered at mosques for peace, development and prosperity of the country and independence of Palestine and Kashmir.
Conference in Islamabad

A two-day Rehmat-ul-Alameen Conference is being held at the Islamabad Convention Center. President Dr Arif Ali will address the inaugural session while Prime Minister Imran Khan will address the closing session.

The prime minister will also attend the Eid Milad-un-Nabi celebrations at the National Highway and Motorway Police headquarters.

On the occasion of the Eid Milad-un-Nabi, the federal government has commuted the sentences of prisoners convicted of petty crimes by three months.
Eid Milad-un-Nabi processions

Karachi: According to the traffic plan issued by the authorities, the main procession on the occasion of Eid Milad-un-Nabi in Karachi starts from Memon Masjid in Bolton Market at 3pm and ends at Nishtar Park via MA Jinnah Road. A gathering is to be held at Nishtar Park at 5pm.

Islamabad: The central Milad procession would be taken out from Bhutto Cricket Ground, near Sitara Market, Sector G-7.