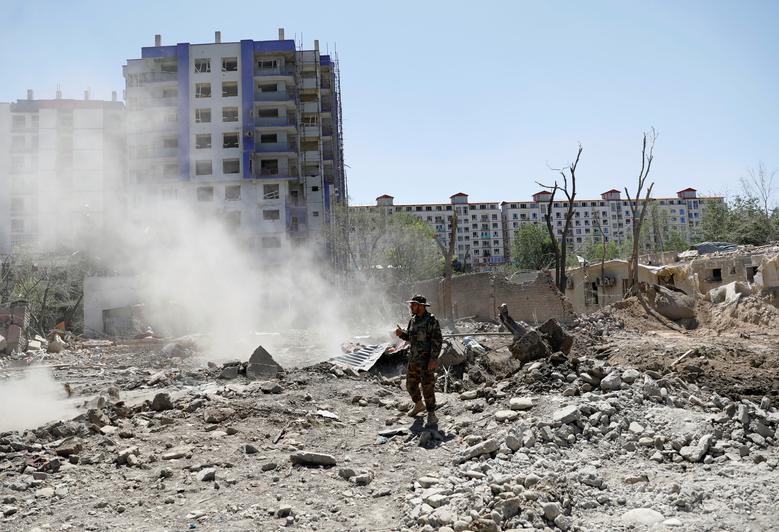 A grenade was thrown at a Taliban vehicle in the Afghan capital on Wednesday morning, wounding two fighters and four nearby school children, government officials said.

Another official said: “Our initial information shows four school students wounded.” The explosion happened just before 8am (0330 GMT) during rush hour in the Deh Mazang district in the west of the capital, a witness told AFP.

“I was on my way to work, it was 7.55am and I heard this very big explosion on the road. I managed to escape,” said Amin Amani.

“I saw a lot of smoke in the mirror of the car and I saw people running,” the 35-year-old translator said. Images shared on social media showed plumes of smoke and dust rising into the air on the streets of the capital.

On Oct 3, at least five civilians were killed in a bomb blast at the entrance of a mosque in Kabul.

Hours later, the militant Islamic State (IS) group had claimed responsibility for the attack. Since the Taliban takeover of Afghanistan in mid-August, attacks by the IS against them have increased. The rise has raised the possibility of a wider conflict between the two groups.

With Afghanistan’s economy close to collapse and large areas of the country in danger of famine, the presence of an apparently well-armed cell of IS in Kabul underlines the daunting scale of the challenge facing the new government.