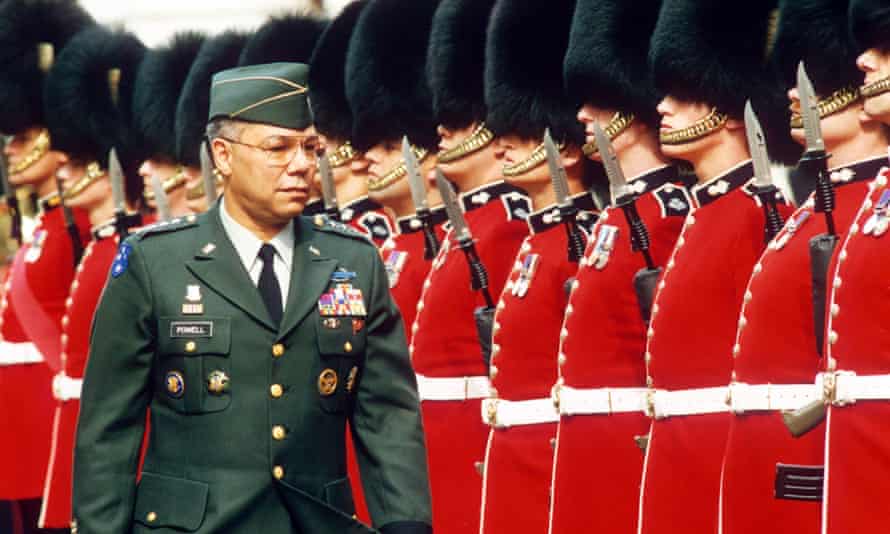 Colin Powell wrote a speech in November 1995 announcing a run for US president. He wrote another speech announcing a decision not to run.

When he faced reporters in a hotel in Alexandria, Virginia, Powell delivered the second speech.

Colin Powell’s UN speech: a decisive moment in undermining US credibility
Read more
Political life “requires a calling that I do not yet hear”, he said, explaining why he would not take on the White House incumbent, Bill Clinton.

So Powell was not to be America’s first Black president. Instead he was, “perhaps, one of the finest Americans never to be president”, John Major, the former British prime minister, reflected on Monday after Powell’s death at the age of 84 due to complications from Covid-19.

America’s loss was arguably also the Republican party’s tragedy. In his remarks, Powell said he would help the party in “broadening its appeal”, suggesting that he could “help the party of Lincoln move once again close to the spirit of Lincoln” and find ways to “heal racial divides” in society.

But by the end of his life, Powell, who previously voted Republican in seven presidential elections in a row, had endorsed Democrats in the last four. He finally quit the party that surrendered to Donald Trump and his mendacious, racially divisive brand of populism.

“Like many Republicans, he felt that the party was leaving him, that the party was taking a rightward turn and he felt increasingly unwelcome,” said Joe Cirincione, who as president of the Ploughshares Fund, a foundation focused on nuclear non-proliferation and conflict resolution, worked closely with Powell.

“He never joined the Democratic party. He preferred the moderate policies of the Republicans, even as he watched the party go, but it was Trump and Trumpism that pushed him out of the party.”

Powell was the son of a seamstress and a shipping-room foreman in Manhattan’s garment district, both immigrants from Jamaica. He wrote in his 1995 autobiography My American Journey: “Mine is the story of a black kid of no early promise from an immigrant family of limited means who was raised in the South Bronx.”