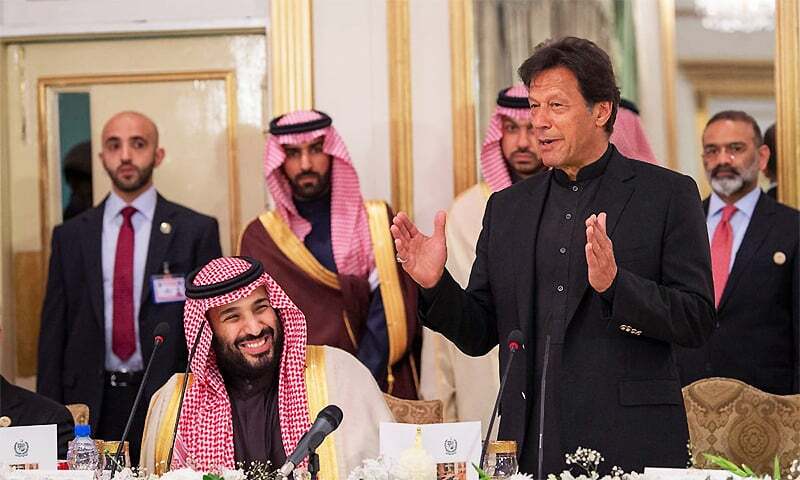 Prime Minister Imran Khan will visit Saudi Arabia from October 23-25 to attend the launching ceremony of the ‘Middle East Green Initiative (MGI) Summit’ being held in Riyadh, the Foreign Office said on Friday.

The premier, who will undertake the three-day visit at the invitation of Crown Prince Mohammed bin Salman, will be accompanied by a high-level delegation, including Foreign Minister Shah Mahmood Qureshi and other members of the cabinet.

At the MGI Summit, Prime Minister Imran will share his perspective on the challenges faced by developing countries due to climate change, the FO said, adding that he will also highlight Pakistan’s experience of launching “nature-based solutions to address the environmental challenges”.

An initiative of Crown Prince Salman, the MGI Summit is the “first of its kind” in the Middle East, the FO statement said.

In March, Prime Minister Imran had lauded two reforestation and environmental initiatives announced by MBS — “Green Saudi Arabia” and “Green Middle East”, saying the crown prince’s vision closely aligned with that of his own government. The premier had also offered to share experiences from Pakistan’s “Clean and Green Pakistan” and “10 Billion Tree Tsunami” programmes.

During the visit, the prime minister will also have bilateral interactions with the Saudi leadership, with particular focus on advancing economic and trade relations, creating more opportunities for the Pakistani workforce; and the welfare of the Pakistani diaspora in the Kingdom. The two sides will also exchange views on regional and international issues of interest, according to the FO.

The premier will also participate in an event for the promotion of investment in Pakistan and interact with leading investors and businessmen from Saudi Arabia and the Pakistani diaspora.

“Pakistan and Saudi Arabia have long-standing and historic fraternal relations, rooted deep in common faith, shared history and mutual support,” the FO said, noting that Saudi Arabia was home to more than two million Pakistanis who were contributing towards the progress and prosperity of both the countries.

“The visit of the prime minister will carry forward the positive momentum of cooperation between Pakistan and Saudi Arabia,” the statement added.