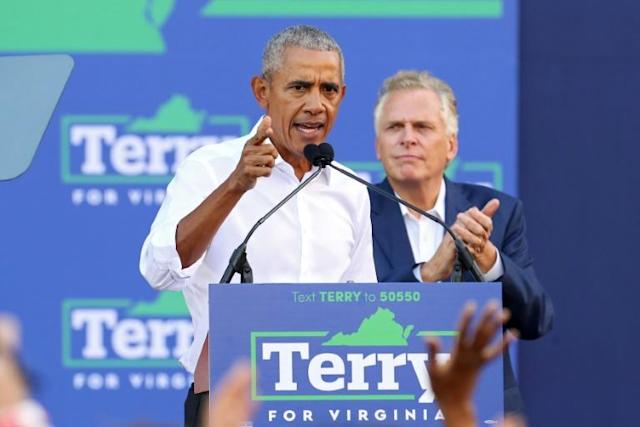 Former US president Barack Obama urged voters on Saturday (Oct 23) to back the Democrat in a neck-and-neck state election touted as a test of the party’s prospects in next year’s midterm elections – casting the Republican as a threat to democracy. Democrat Terry McAuliffe, who is vying

“As far as I can tell, the big message of Terry’s opponent is that he’s a regular guy because he wears a fleece. And he’s accusing schools of brainwashing our kids,”