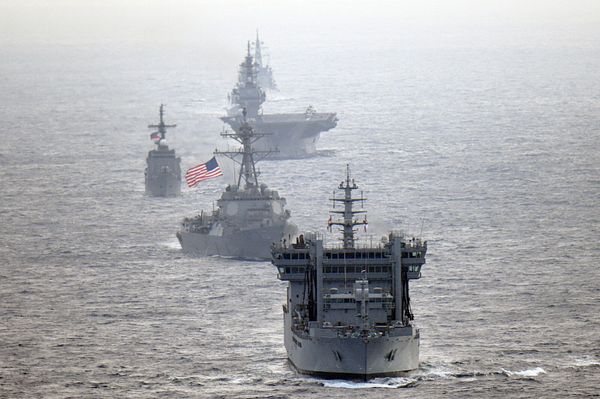 Russian and Chinese warships have, for the first time, conducted joint patrols in the western part of the Pacific Ocean, the Russian defense ministry said. The one-week patrol, which was concluded on Saturday, involved a total of 10 warships, five from each nation, in the Tsugaru strait that connects the Sea of Japan

“NATO is gradually gathering forces near our borders amid calls for military deterrence of Russia,”