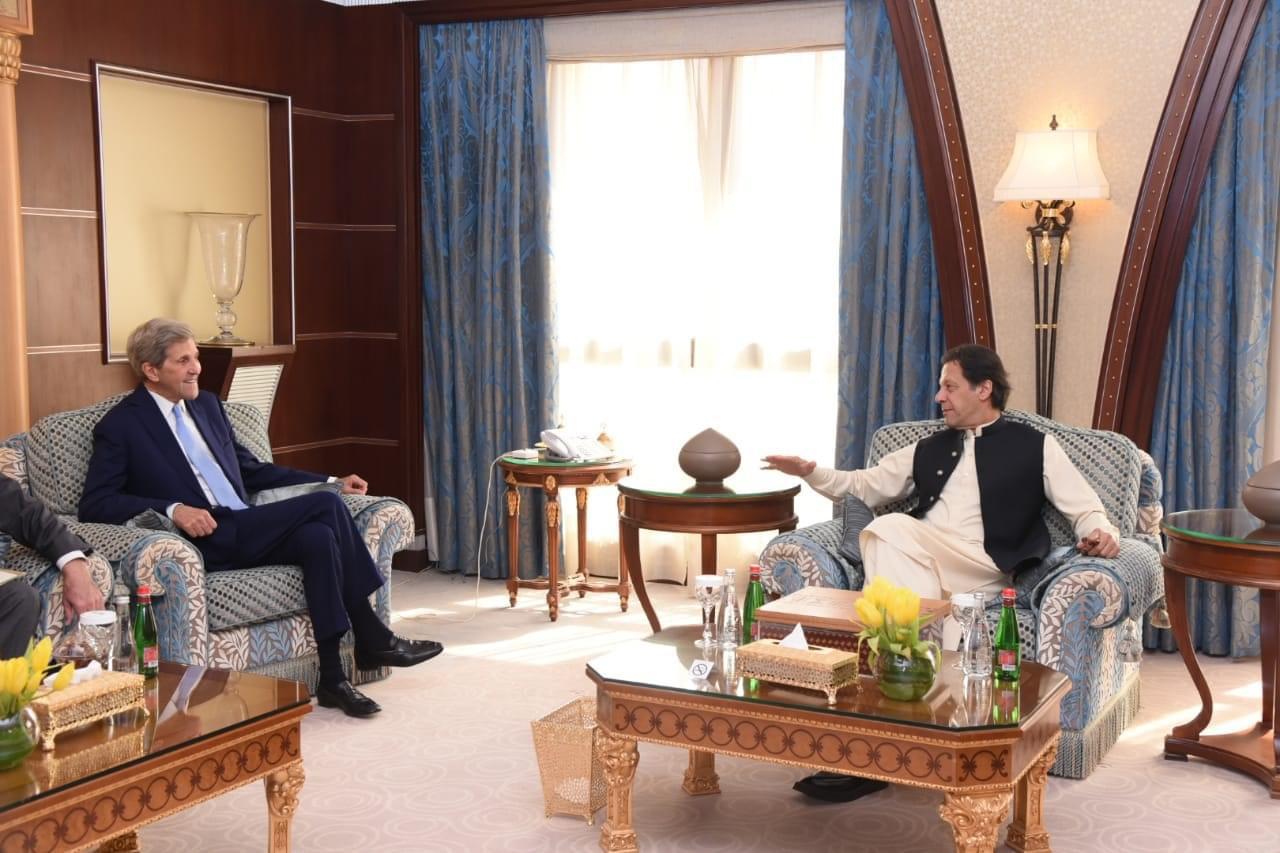 RIYADH: Prime Minister Imran Khan stressed that the international community needs to work pragmatically to preserve peace and security, prevent an economic collapse and avert a humanitarian crisis in Afghanistan in a meeting on Monday with American politician and diplomat John Kerry.

The Taliban-run government in Afghanistan faces isolation as countries have yet to recognise their regime since they took over after ousting Ashraf Ghani in mid-August.

Kerry, the United States’ Special Presidential Envoy for Climate, and the prime minister spoke on the sidelines of the “Middle East Green Initiative (MGI)” Summit in Riyadh.

The premier is in Saudi for a three day visit — from October 23-25.

During their meeting, the prime minister underscored the need for positive engagement and the release of seized economic resources and financial assets for the welfare of the Afghan people.