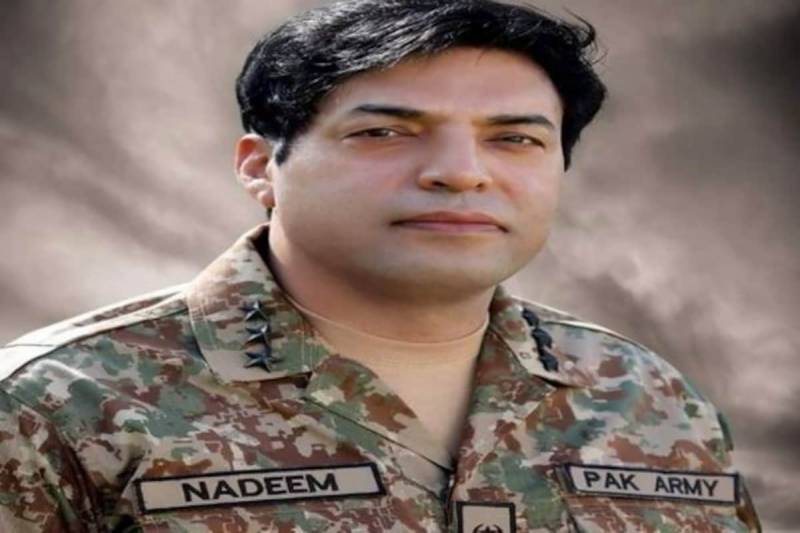 The Prime Minister’s Office on Tuesday notified the appointment of Lt Gen Nadeem Anjum as the new chief of the Inter-Services Intelligence (ISI). He will replace the incumbent Lt Gen Faiz Hameed from next month.

“The prime minister has seen and approved the appointment of … Lt Gen Nadeem Ahmed Anjum … as director general Inter-Services Intelligence, with effect from November 20, 2021, from the panel of officers,” a notification issued by the PMO dated October 26 said.

According to the notification, the incumbent ISI director general, Lt Gen Faiz Hameed, will continue to hold charge as the spymaster till November 19, 2021.

“The meeting was part of the ongoing consultation process between the Prime Minister and Chief of Army Staff about the timing of change of command in ISI and selection of the new DG ISI,” the statement added.

During the consultation process, “a list of officers was received from [the] Ministry of Defence” following which Prime Minister Imran “interviewed all the nominees”, the PMO said, adding that a final round of consultation was held between the premier and the COAS today.

Deadlock
The appointment comes after nearly three weeks of an alleged standoff between the military and the government over the appointment of Pakistan’s new spymaster. The army had announced on Oct 6 that the former ISI chief, Lt Gen Faiz Hameed, had been made the Peshawar corps commander, while Lt Gen Anjum was appointed in his place.

But the Prime Minister’s Office (PMO) had not since issued an official notification of Lt Gen Anjum’s appointment, leading to rumours about strains in civil-military relations.

After days of speculations, on Oct 12, Information Minister Fawad Chaudhry had said that the authority to appoint the ISI chief lay with the prime minister, and that the set procedure would be followed for the purpose.

“The legal procedure will be followed in the appointment of the new DG ISI, for which both [Gen Bajwa and Prime Minister Imran] are in agreement,” he had said.

Chaudhry had said that PM Imran and the army chief had a “long sitting” the previous night to discuss the matter and the premier had subsequently taken the cabinet into confidence over the issue.

“Gen Bajwa and the prime minister have close and cordial relations. And it is also important from a historical perspective that there are ideal relations between Pakistan’s civilian and military leaderships,” he had added.

On Oct 19 (Monday), Chaudhry had denied reports that a new summary with names of candidates for the office of ISI chief had been sent to the PMO. He had said that “all issues” between the civil and military leadership had been settled and a notification of the new ISI director general would be issued during the current week.

Interior Minister Sheikh Rashid had said much the same on Oct 16 (Saturday) that the issue of the appointment had been amicably settled between the civil and military leadership and the spymaster would be appointed before the next Friday.

However, when contacted about the matter on Thursday, he simply said: “I know nothing about it.”

Sources said that the prime minister was likely to issue a notification for the appointment of the spymaster on Friday, before his departure to Saudi Arabia on a three-day official visit. “Most probably the notification will be issued on Friday,” a senior cabinet member told Dawn on condition of anonymity.

The sources said Lt Gen Anjum, who was previously serving as the corps commander for Karachi, had called on the prime minister on Wednesday.

According to experts in defence matters, the procedure for appointment of the ISI director general is neither mentioned in the Constitution nor the Army Act, and all previous appointments were made as per traditions under which the army chief proposes three names to the prime minister who then makes the final decision.