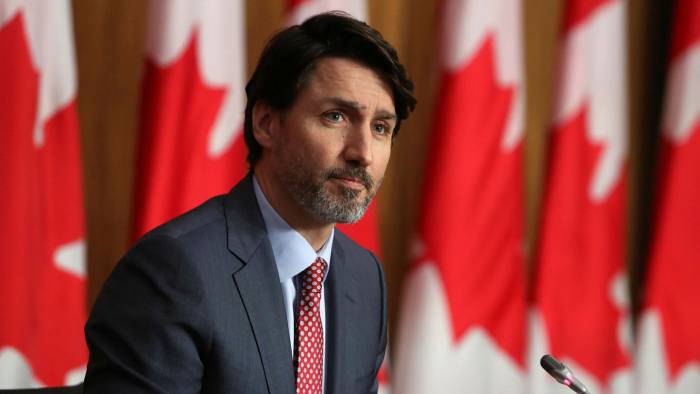 Prime Minister Justin Trudeau leaves today for Europe, where he will participate in high-stakes talks with other world leaders about pressing issues like climate change and the race to vaccinate people in low- and middle-income countries.

While much of the nearly week-long trip will be dominated by the G20 meeting in Rome and the subsequent 26th “conference of the parties” (COP26) climate summit in Glasgow, Trudeau has carved out time for an official visit to the Netherlands, a country with close historic and diplomatic ties to Canada.

A government official, speaking on background to reporters at a briefing ahead of the trip, said Trudeau was invited by Dutch Prime Minister Mark Rutte to “really deepen the ties between our two countries, which are already very deep.” Rutte made a trip to Canada in 2018 and Trudeau is “returning the invitation,” the official said.

The two countries are closely aligned on foreign policy matters, the official said, pointing to ongoing cooperation on the climate file as the two nations push other developed countries to do more to help turn back rising global temperatures.

In an interview with CBC News, Ontario Independent Sen. Peter Boehm, a former G7 sherpa, said Rutte and Trudeau can use the diplomatic face time to discuss how best to approach the Rome summit.

The G20 countries alone represent 80 per cent of the global economy and the bulk of annual greenhouse gas emissions. That makes the Rome summit — coming just before COP26, where the position of G20 nations will be critical — especially important.

Trudeau to meet with Dutch PM in the Netherlands ahead of G20, COP26 summits
A meeting of the G20 environment ministers arrived at an impasse earlier this year when it failed to reach an agreement on priorities like phasing out coal and limiting global warming to 1.5 C. Multiple countries, including China, India, Russia and Saudi Arabia, balked at some of the proposed language.

Canada and the Netherlands could help broker a pragmatic solution through creative “wordsmithing,” Boehm said.

“It’s a friendly, easy relationship and I would say, since the prime minister is on that side of the Atlantic anyway, renewing that friendship is entirely appropriate in terms of the way these things go,” Boehm said, noting that Trudeau and Rutte — who leads the centrist People’s Party for Freedom and Democracy — are ideologically aligned.

“They’ll discuss bilateral issues, global concerns and they will compare notes on COP going into Glasgow.”