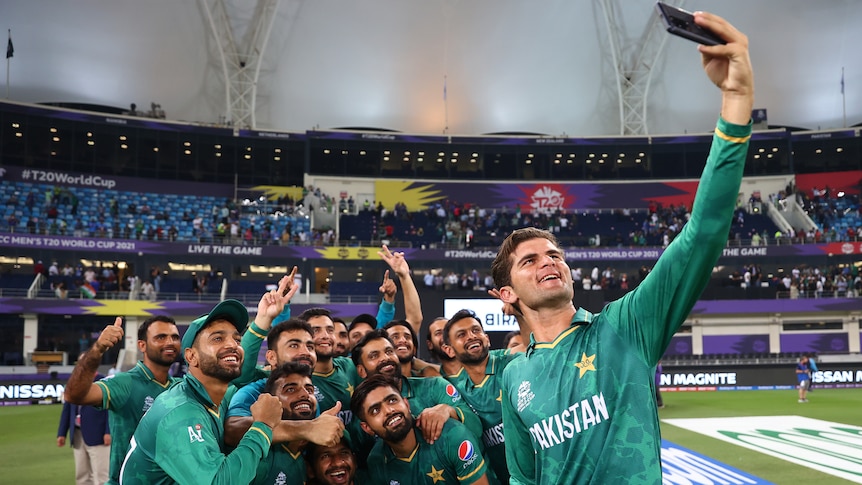 Asif Ali smashed four sixes in the next-to-last over of the match to seal a five-wicket win for Pakistan over neighbor Afghanistan in the T20 World Cup on Friday.

Set 148 to win at a noisy and colorful Dubai International Stadium, Pakistan needed 24 runs with two overs remaining and had just seen key batters Babar Azam and Shaoib Malik get out.

Enter Asif, who took on the medium pace of Karim Janat in the 19th over by clearing the boundary over long-off off the first ball, over midwicket off the third ball and straight down the ground off the fifth ball. With the six runs still needed to win, he completed the over by hitting Janat’s sixth ball for six over extra cover, too, to clinch a third straight win for Pakistan.

Asif finished 25 not out off just seven balls.

Afghanistan fell to its first loss of the tournament after opening with a win over Scotland, narrowly failing to secure what would have been the biggest victory in its cricketing history at a time of uncertainty back home following the Taliban’s takeover of the country in August.