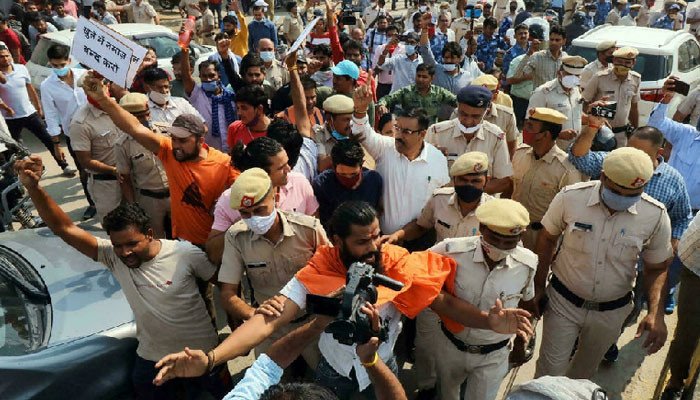 Gurgaon becomes the latest flashpoint of Hindu-Muslim row.
Haryana state, of which Gurgaon is the capital, is ruled by the BJP.
Hindu groups have been pressuring authorities to stop Muslims from offering Friday prayers in open spaces.
NEW DELHI: In the latest sign of growing communal tensions in India, at least 30 people were arrested on Friday in Gurgaon for disrupting Muslim prayer gatherings, local media reported.

Many of those detained on Friday held up placards that read “Gurgaon administration, wake up from your sleep”, according to Indian news outlet NDTV.