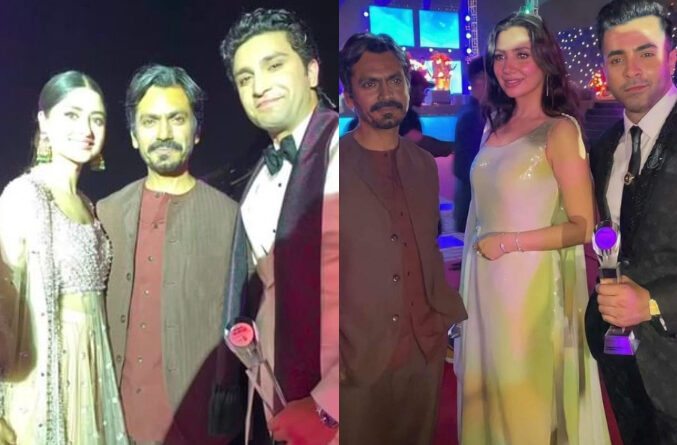 Actor Nawazuddin Siddiqui was awarded with Excellence in Cinema Award at the Filmfare Middle East Achievers Night held in Dubai on October 28. Not only eminent personalities of Bollywood were present, but also a lot of stars from the neighbouring country of Pakistan marked their presence.
From Nora Fatehi, Rakhi Sawant, Nawazuddin Siddiqui, a lot of stars represented India and similarly, those from Pakistan including Mahira Khan, Sajal Aly, Ahad Raza Mir, Sheheryar Munawar and others were seen at a jazzy event.In a video, we can see Nawazuddin posing with Pakistani actors and couple Sajal Aly and Ahad Raza Mir. He also posed with Mahira Khan and Sheheryar Munawar. For the unversed, Nawazuddin has previously worked with Mahira in Raees starring alongside Shah Rukh Khan and Sajal in Mom with late actress Sridevi.