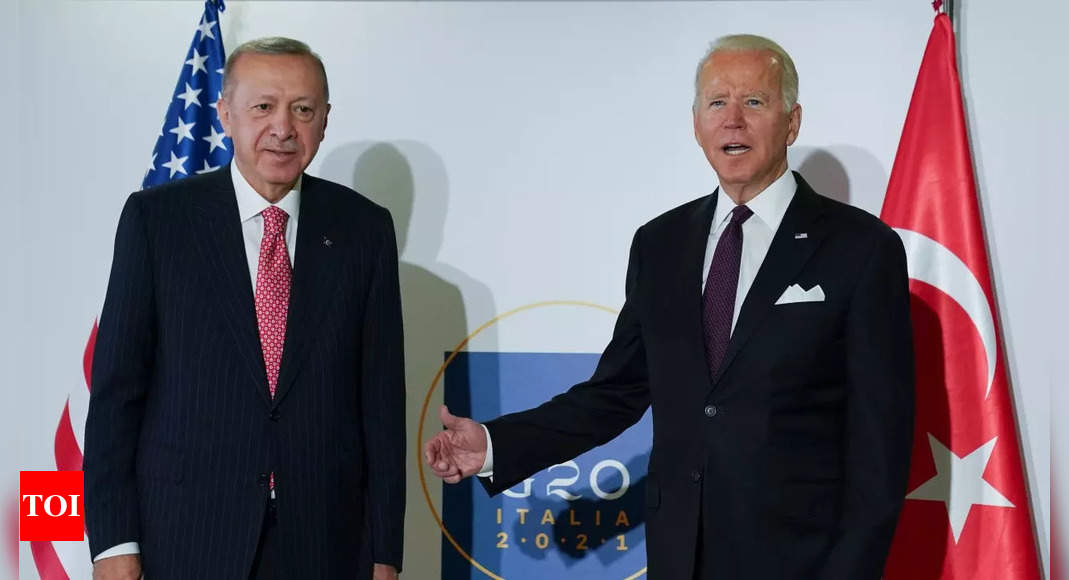 ROME (AP) — President Joe Biden told Turkish President Recep Tayyip Erdogan on Sunday that their countries must better manage disagreements after the partnership between NATO allies was tested by Turkey’s threat to no longer recognize the U.S. envoy and its purchase of a Russian missile defense system.

“We’re planning to have a good conversation,” Biden said as the leaders appeared in front of journalists before nearly an hour of closed-door talks. The president did not answer questions about whether Turkey had grown too close to Russia or human rights.

In the meeting, Biden reaffirmed Turkey’s importance as a NATO ally as well as its defense partnership with the U.S., but raised with Erdogan concerns about possession of the Russian S-400 missile system, the White House said in a statement afterward.

The Turkish president has said he’s open to buying a second Russian missile system, despite the controversy generated by the 2017 deal to acquire the Russian-made system.