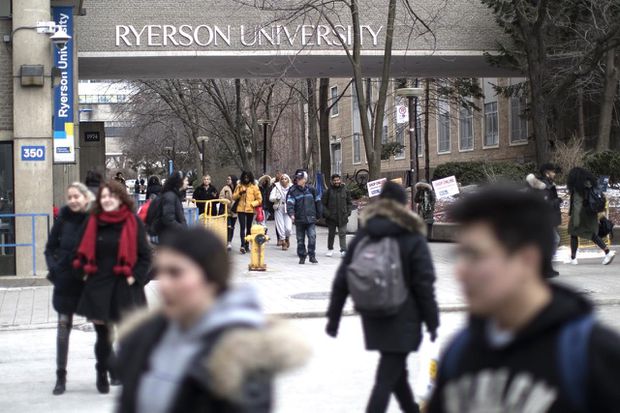 A new Black studies minor will be offered to students of Ryerson University in the Fall 2022 semester — and other similar programs are in the works across the country, filling what scholars are calling a longtime curriculum gap at Canadian universities.

A successful program at Dalhousie University, launched in 2016, marked the beginning of a new era in academic institutions. But Black studies scholars and academics say that this new wave has been in the works for a long time.

By all accounts, students are leading the charge for Black studies curriculums at Canadian universities, and have been for years, with the support of faculty.

“I’m happy, but I’m not grateful. Let me put it that way,” said Afua Cooper, a Black studies professor at Dalhousie University.

“Because if it took white society and academia so long to recognize that, you know, the Black experience is … worthy of scholarly inquiry, then I’m kind of like, ‘Hmm.'”

Students wanted new curriculum, prof says
The push is “coming from Black students who are having an increased access to post-secondary education, something which many people take for granted as a result of systemic barriers and racism,” said Melanie Knight, an associate professor in the Department of Sociology at Ryerson University.

“Our classrooms were not made up largely of Black students.”

Ryerson University to change its name amid reckoning with history of residential schools
The university’s new Black studies minor is interdisciplinary, huddling courses from different departments and schools together into one program — with more to come as the curriculum expands. These efforts took time as the school focused on hiring Black faculty to administer relevant courses.

“It would be odd to have it housed in one department,” said Knight, who was part of a working group that included professors Cheryl Thompson and Anne-Marie Lee-Loy. “That wouldn’t actually speak to the history and the lived realities [of Black people].”