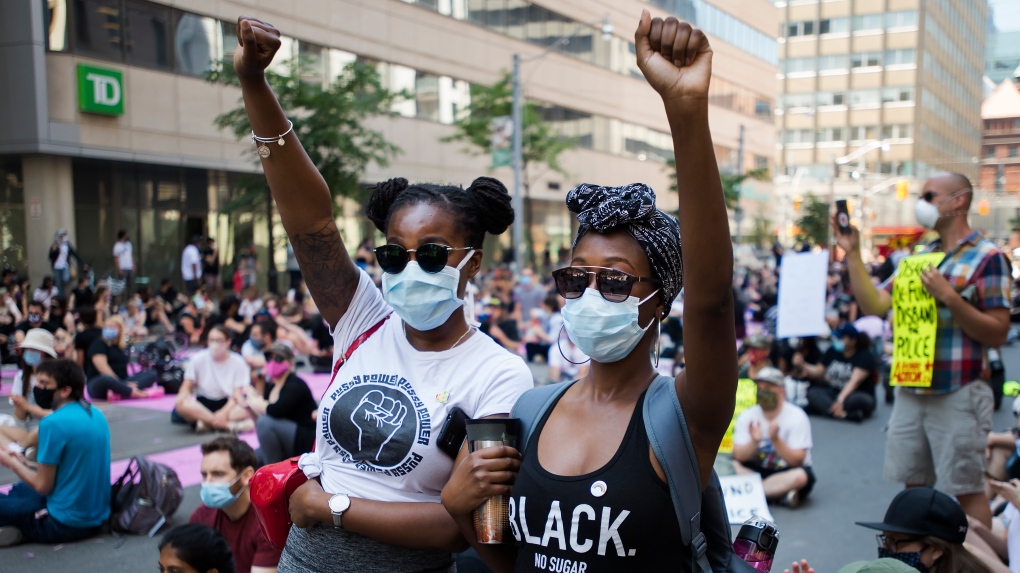 A growing number of Canadians say the state of race relations in the country is poor, with Black and Indigenous people the most likely to say issues around racism are worsening.

Those findings are among the results of a nationwide survey released today by the Canadian Race Relations Foundation (CRRF), a Crown corporation dedicated to the elimination of racism.

The survey, conducted in partnership with the Environics Institute, found that 23 per cent of respondents chose “generally bad” when asked how well people of different races get along in Canada, up from 17 per cent when the CRRF conducted the same survey in 2019.

Read the report
But a clear majority of respondents still maintain a more positive outlook: 64 per cent of respondents said the state of race relations in Canada is “generally good,” down from 71 per cent in 2019.

Thirteen per cent of respondents said they could not say if relations were good or bad.

“When we looked at the awareness around racism, we’ve seen that there’s a dramatic jump,” said Mohammed Hashim, executive director of the CRRF.

But increased awareness also means more people are confronting hard truths about the state of racism in Canada, he said. “There’s a greater sense of disappointment and pessimism that exists — and I think that’s reflective of the times that we’re seeing.”

SYSTEMIC CHANGEHow these 3 teachers bring anti-racist education to their elementary school classes
The CRRF report says the shifting public perception of racism in Canada is “undoubtedly the result of high-profile incidents of racial injustice in the U.S. and Canada that have prompted renewed scrutiny of policing, institutional policies and the historical record.”

Since the last survey was conducted in 2019, Canadians have experienced global protests following the murder of George Floyd by a Minneapolis police officer, a rise in anti-Asian racism during the COVID-19 pandemic and the discoveries of hundreds of unmarked graves at former residential schools in Canada.

Canadians possibly more open to discussions of racism
“There’s been a real awakening to the realities, and I think there’s more permission to talk about race, especially in a post-George Floyd protest context,” said Shakil Choudhury, an author and co-founder of the racial justice consulting firm Anima Leadership.

“I think it’s just taken off the veneer — the polite Canadian veneer — that has been around for a long time.”

The report also found that Canadians as a whole did not report more occurrences of racism and discrimination compared to 2019, suggesting it is the perception and dialogue around racism that has undergone the greatest change.