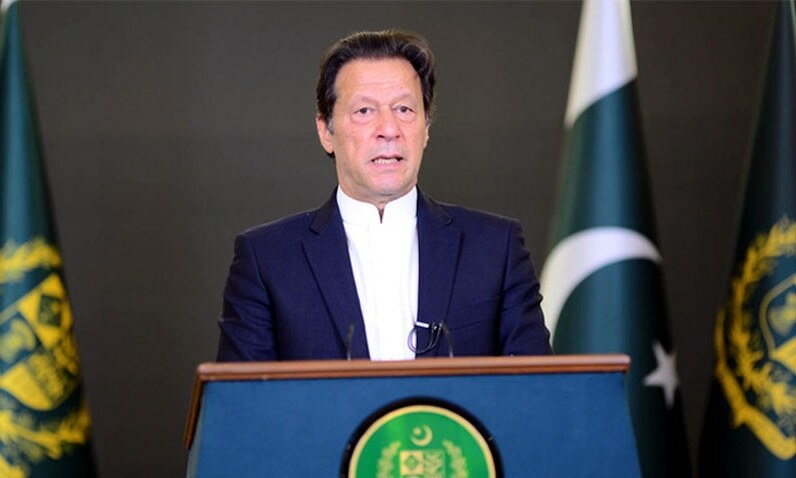 Prime Minister Imran Khan on Wednesday addressed the nation to announce a package to mitigate the hardships of the inflation-hit public.

Under the Rs120 billion subsidy programme, eligible families will be able to purchase ghee, wheat flour and pulses at 30 per cent lower prices for the next six months, he said.

At the start of his speech, the premier said the package would be “the biggest welfare programme in Pakistan’s history”, which he said would take the country towards becoming a welfare state.

PM Imran’s address:
Eligible families to be provided 30pc discount on ghee, flour and pulses
Petrol prices to increase further
Will slash the prices of all food items by half if “two big families bring half the money they looted and took abroad” back to Pakistan: PM
Pakistan will face a “gas problem” in the winter: PM
He lauded the team of the government’s flagship Ehsaas programme for collecting data on the financial status of families across the country. “Until we had this data, giving subsidies was not an easy task, it was based on estimations. But since we have this data today, I am now in the position to present this relief package,” he said.

Prime Minister Imran said the PTI government had inherited a difficult economic situation, and thanked Saudi Arabia, the UAE and China for providing the help that saved Pakistan from defaulting.

“We had to approach the IMF, we were stabilising the country for a year and then corona came,” he said, lauding the NCOC for taking data-based decisions that helped Pakistan’s coronavirus fight.

“We were internationally acknowledged for being one of the few countries to deal with Covid-19 in the best manner.”