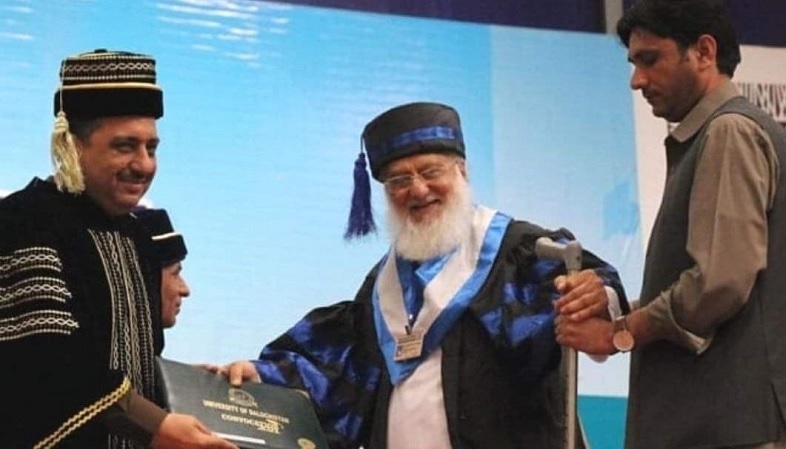 An 80-year-old man from Balochistan has completed his PhD in political science at the University of Balochistan, proving that age is just a number if one resolves to achieve their dreams.

Haibatullah Halimi, who hails from Mastung, was just like any other doctorate recipient at the varsity’s convocation held last week — until his name was called out and Balochistan Governor Zahoor Ahmed Agha, the chief guest, couldn’t hold back his commendation for the octogenarian committed to pursuing education while defying age barriers.

The governor embraced the man — who walks with a stick and came up the stage with the support of two people — before bestowing him with the degree.

A few years after retiring as a superintendent of police in 2005, following 40 years of service, Halimi got enrolled at the university and secured his MPhil in 2011. Deciding he wasn’t done yet, he went on to earn his PhD in 2019 but the convocation scheduled a year later was delayed due to the coronavirus pandemic.