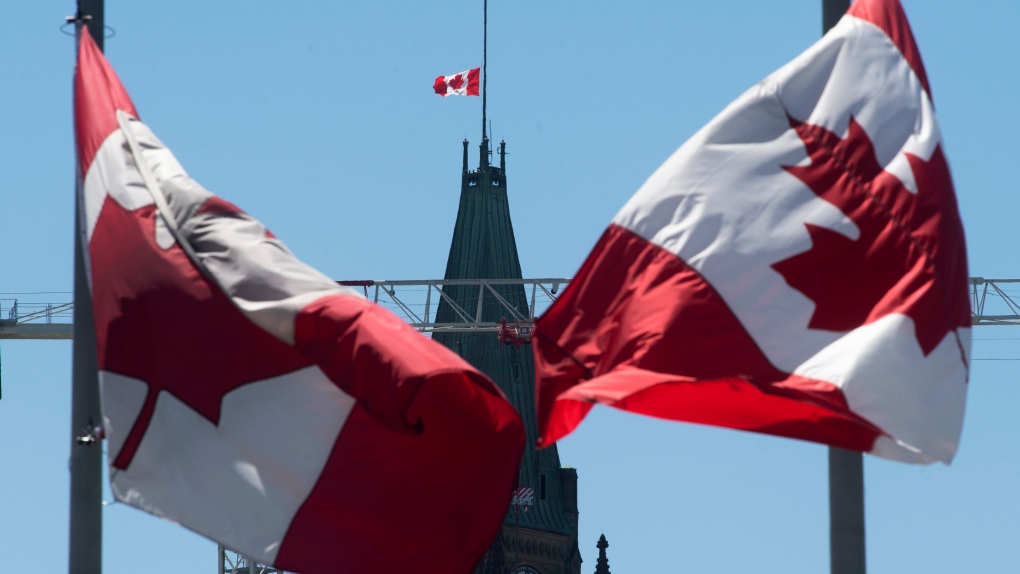 The federal government will keep Canadian flags at full mast on government buildings after commemorating Remembrance Day next week.

In a joint statement today, Heritage Minister Pablo Rodriguez and Crown-Indigenous Relations Minister Marc Miller confirmed the flags on Parliament Hill’s Peace Tower and all government buildings will be raised at sunset on Nov. 7 and lowered at sunrise on Nov. 8 to recognize Indigenous Veterans Day.

They will then be raised again before being lowered on Nov. 11 — Remembrance Day. After those ceremonies, the flag will fly at full mast on government buildings.

Flags on federal buildings have flown at half-mast nationwide since May 30, in response to the discovery of hundreds of unmarked graves at the site of the former Kamloops Indian Residential School in British Columbia.

Flags to be lowered on National Day for Truth and Reconciliation
“As the paramount symbol of our nation, the act of flying the national flag of Canada at half-mast for the longest period of time in Canada’s history speaks to the extraordinary sense of loss,” the ministers’ statement reads. “Raising the flag at this time will allow us to honour and remember important moments in Canada’s history.”

The ministers said the government sought guidance from Indigenous partners on how best to honour the victims of residential schools.

“Moving forward, the national flag of Canada will be half-masted to mark the National Day for Truth and Reconciliation every September 30,” they said.