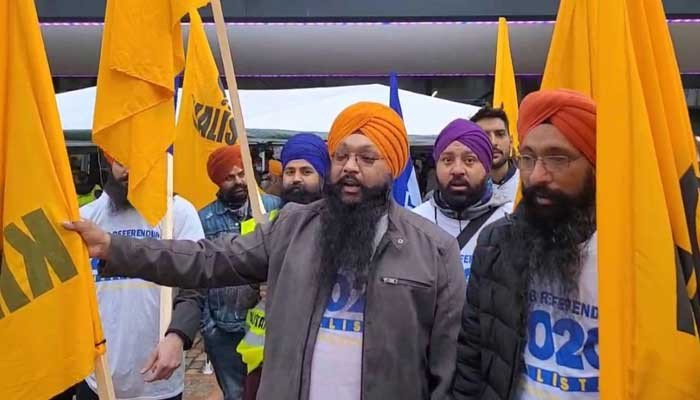 LONDON/ONTARIO: Leading pro-Khalistan group Sikhs For Justice (SFJ) has won the first round of a major defamation case at the Superior Court of Ontario, Canada, against veteran CBC journalist Terry Milewski and conservative leaning public policy think tank Macdonald-Laurier Institute (MLI) over allegations that SFJ and its Khalistan Referendum campaign is a project influenced and financed by Pakistan.

Terry Milewski, the author of the report “Khalistan: A Project of Pakistan”, and Macdonald-Laurier Institute (MLI), the publisher of the anti-Khalistan report, had attempted to get the defamation case dismissed by the Superior Court of Ontario but the presiding judge Justice William Black, after reviewing the evidence, ruled that the claim of defamation brought by SFJ will be allowed to proceed to a trial and ordered the defendants Terry and MLI to pay to the SFJ the cost for the legal fee.

The ruling by Justice Black means the defamation claim will be allowed to proceed to trial unless the plaintiff SFJ and the defendants Terry-MLI reach a settlement.

The case by the SFJ goes back to the publication of a controversial report published on September 9, 2020, by Terry Milewski and the MLI titled, “Khalistan: A Project of Pakistan”.

The report published by the defendants claimed that the campaign for an independent Sikh state, and specifically, the Referendum 2020 campaign organised by SFJ, was not a project on behalf of the Sikh people, but instead was a “project of Pakistan”.

The report alleged that SFJ was influenced or controlled by Pakistan; that its referendum campaign was being driven by Pakistan; that SFJ does not actually represent Sikh people; that it serves Pakistan and speaks for Pakistan; and finally, that Pakistan is the SFJ’s patron and sets limits on its campaign.

The 24-page report was jubilantly celebrated and widely circulated by the Indian media and diplomatic missions abroad. It was used by Indian media and Indian missions to accuse Pakistan’s premier intelligence agency the Inter Services Intelligence (ISI) of being involved in backing the SFJ and its Khalistan Referendum campaign.

SFJ filed a defamation lawsuit against Terry and MLI claiming that allegations of SFJ-Pakistan nexus, funding and influence are totally baseless, false and without evidence and have caused serious damage to SFJ’s reputation as a human rights NGO working for the cause of self-determination for the Sikh people and the creation of an independent homeland Khalistan in the Indian region of Punjab.

Rejecting SFJ’s offer to settle the case by retracting and apologising, the defendants instead filed what is called an anti-SLAPP (strategic lawsuit against public participation) motion to get the SFJ’s lawsuit dismissed at the very initial stage on the basis of public debate, fair comment and freedom of the press.

The Ontario court, while ruling in favor of pro Khalistan group SFJ, held that the defendants could not establish responsible communication on matters of public interest because they failed to conduct due diligence. The court further held that the defense of “fair comment” is also not available to the defendants Terry and MLI in this case because the words used in the allegations against the SFJ are factual in nature and not commentary and in alternative, they are not supported by facts.

In short, the court ruled that the lawsuit is a legitimate defamation action brought in circumstances where the SFJ, a non-violent organisation advocating for Sikh self-determination, should have the right to pursue a remedy.

On cross-examination, Milewski conceded a lack of evidence in support of key facts. He conceded that he does not know whether Pakistan is involved in any way in the SFJ’s referendum campaign and said he has no evidence to suggest the SFJ is financially supported by Pakistan. He further said that he has no evidence of any organisational involvement between Pakistan and the SFJ. The Canadian author conceded that he does not know if Pakistan is involved or has any influence in the SFJ’s Khalistan Referendum campaign.

The article had alleged that American lawyer Gurpatwant Singh Pannun, who leads the SFJ, had “undying solidarity with Pakistan”. In the court cross-examination, Milewski accepted that the fact that Pakistan and the SFJ may share a common interest (in opposing India) but it does not mean one entity is influencing the other. Milewski also conceded that he was aware of other communications between Pannun and the SFJ in which the SFJ has been harshly critical of Pakistan, as well as a recent dispute between the SFJ and Pakistan, neither of which was mentioned in the report as it would go against the bias contained therein.

Some of the false statements in the report alleged that “it’s Pakistanis, not Khalistanis, who are driving the campaign”; “it’s clear who’s really driving the Khalistan bus: Pakistan”; SFJ has “undying solidarity with Pakistan” ; “extremists animated by Pakistan seek to distort history and betray the vast majority of Sikhs who live in peace and freedom”; SJF does not “speak for the Sikh community; The evidence, instead, suggests that they speak for Pakistan”; and that Pakistan is the SFJ’s “patron” and “sets the limits” on the campaign.

In the court, Milewski had attempted to argue that his report presented his “opinion” rather than “facts” but Justice Black recognised that Milewski’s public tweets defended the article as factual and this was inconsistent with his position on the motion.

Milewski also attempted to argue the defence of “responsible communication” but Justice Black found that a trial judge may reject this defence on the basis of lack of diligence by Milewski who did not even contact the SFJ for comment before publishing the false statements.

The Canadian court’s ruling in favour of the SFJ came just days before the group kickstarted on October 31 from London, UK, voting in its groundbreaking initiative of holding the first ever global referendum on the question of Khalistan.

Over 30,000 Sikhs from around London showed up to vote on the opening day of Khalistan Referendum in London which prompted Indian Prime Minister Narendra Modi to set aside other issues and instead raise the SFJ-Khalistan Referendum issue with his British counterpart during their brief meeting at COP26.

SFJ has been banned by India since 2019 on account of running a secessionist referendum campaign, however, the group continues to operate unrestricted in western democracies where freedom to express, through peaceful means such as holding a referendum, a dissenting political opinion, is considered sacred and inviolable.

The most obvious examples of such freedoms include: UK, despite Indian requests, allowing Khalistan Referendum activities including October 31 voting on Khalistan in a government managed conference centre; the then Canadian PM Harper stating on record that Khalistan is a political opinion with which many may not agree but Canadian Sikhs have the right to peacefully advocate for Khalistan; and the US Department of State spokesperson’s statement that freedom of speech is a bedrock of the American constitution and the principle of democracy, while responding to a question by an Indian journalist on why America is allowing the SFJ and its Khalistan Referendum activities to take place on US soil