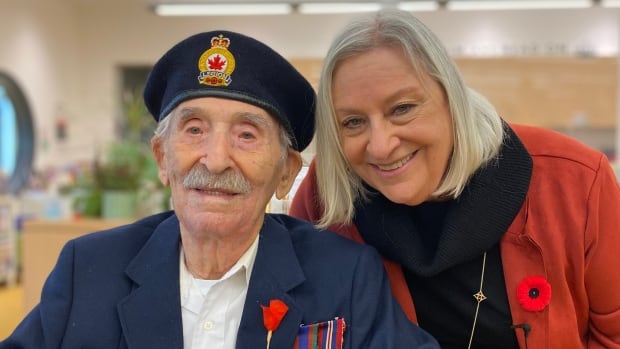 If you ask Reuben Sinclair what the key is to a long and rewarding life, the 110-year old won’t shy away from sharing some words of wisdom.

“Never worry,” he said to a crowd of fellow servicemen and reporters moments before he was honoured at a Remembrance Day ceremony inside a Vancouver elementary school on Wednesday.

“If you have a problem, fix it. And that goes a long way,” he said.

“I always found time to help people who were less fortunate, and I think that’s one of the reasons the good lord keeps me around,” he said laughing.

After laying a wreath at Talmud Torah Elementary school, Sinclair was awarded service medals by the Royal Canadian Legion — the latest in a long list of accolades he’s received over his lifetime