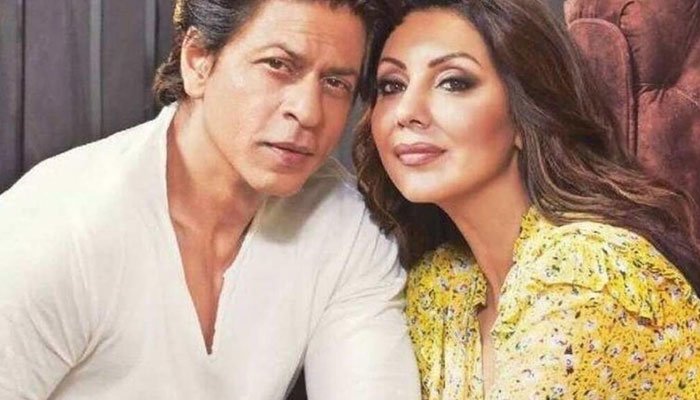 Bollywood superstar Shah Rukh Khan, who is known for his witty sense of humour, once tricked wife Gauri’s family into believing that he will change her name after they get married.

Speaking to host Farida Jalal in an interview, Shah Rukh revealed at the time of his marriage to Gauri, he made sure her family never felt that the actor was disrespecting her religion and matrimonial rituals.

However, Gauri’s household had certain apprehensions around the wedding, which the actor decided to tease them about.

“Gauri’s family, they are old fashioned people, I respect them all and respect their beliefs but during our reception, all of the guests were sitting around when i came in at 1.15 whispering, ‘hmm he is a Muslim boy…hmm will he change the girl’s name….hmm will she become Muslim?'” Shah Rukh Khan began.

He continued, “They were all talking in Punjabi so I looked at them and said’ Ok Gauri, put on your burka, let’s go and offer Namaz now.'” the actor quipped.