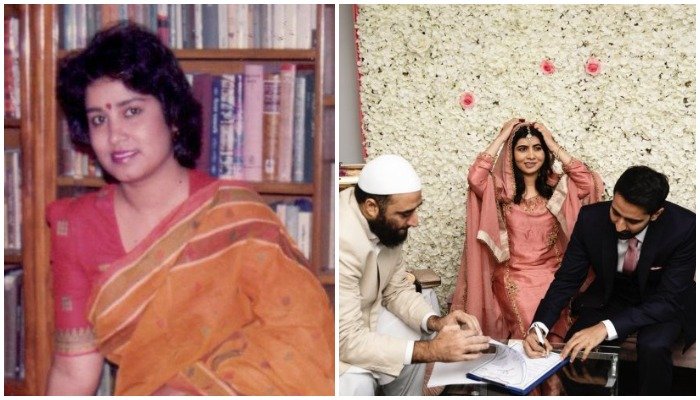 Bangladeshi-Swedish writer and feminist Taslima Nasreen is “shocked” over the news of Nobel laureate Malala Yousafzai marrying a Pakistani man.

Shortly after Malala announced that she has tied the nuptial knot with PCB official, Asser Malik, and shared photogrpahs of her big day, felicitations started pouring in from all corners of the world. Celebrities, politicians, and the general public congratulated the 24-year-old education activist and wished her a happy life ahead.

However, Taslima Nasreen — who claims to be a human rights defender, secular humanist, and feminist — took to Twitter and expressed her “disappointment”.

“Quite shocked to learn Malala married a Pakistani guy. She is only 24,” Taslima wrote.

The writer not only conveyed her disapproval of Malala marrying at a young age but said she also felt surprised because the education activist did not fall in love with a “progressive English man” while studying at the University of Oxford.