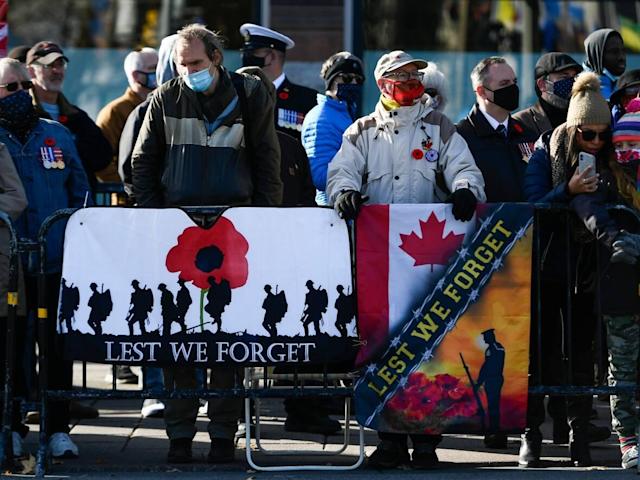 Canadians marked a return to in-person Remembrance Day ceremonies, including at the National War Memorial in Ottawa, a year after the COVID-19 pandemic forced limited gatherings.

The annual ceremony in the country’s capital included the playing of the Last Post, the ceremonial laying of wreaths at the foot of the memorial and a moment of silence followed by a 21-gun salute.

Typically, tens of thousands of people attend the ceremony in Ottawa, but last year’s ceremony was limited to a much smaller crowd of 100 or so dignitaries, active service members, veterans and some members of the public.