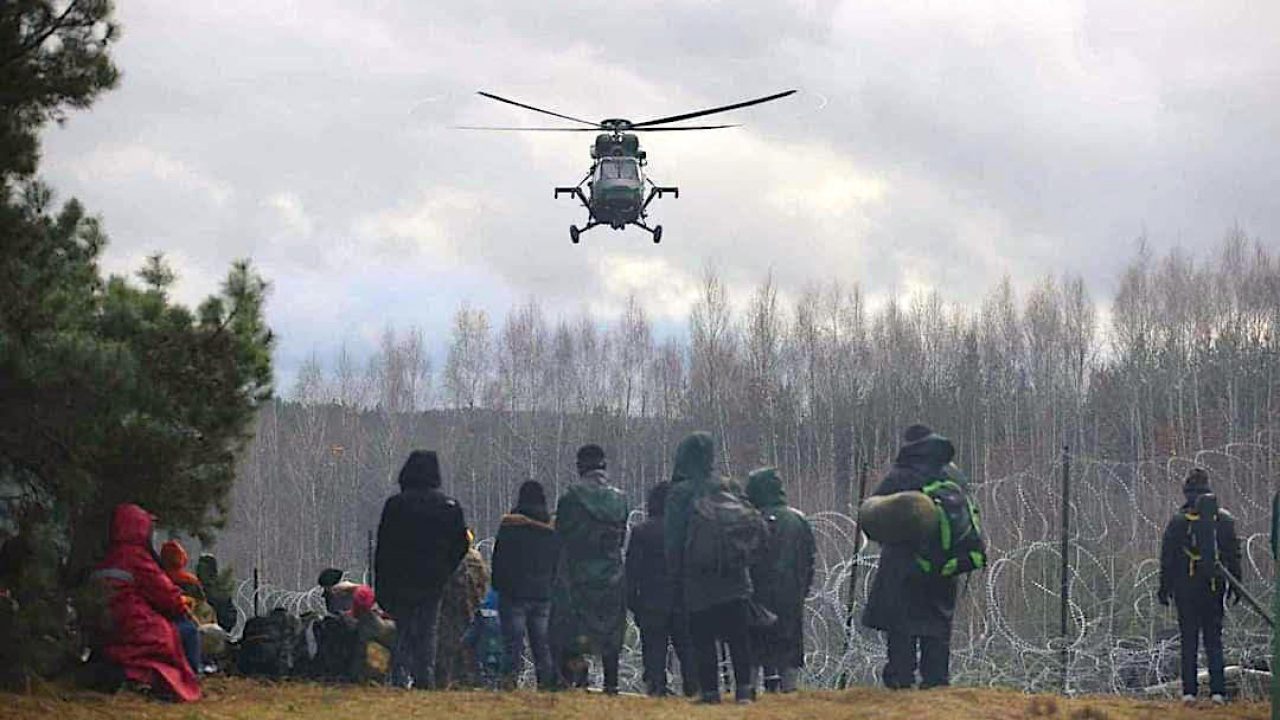 ANKARA: Ankara on Friday banned citizens of Syria, Iraq and Yemen from flying from Turkish airports to Belarus because of the refugee crisis at the former Soviet country’s border with Poland.

The announcement followed an urgent round of diplomatic contacts between Polish, Turkish and European officials aimed at stemming the flow of people trying to illegally cross the European Union’s eastern frontier.

“Due to the problem of illegal border crossings between the European Union and Belarus, it has been decided that the citizens of Iraq, Syria and Yemen who want to travel to Belarus from Turkish airports will not be allowed to buy tickets and to board until further notice,” the Turkish Civil Aviation Authority said in a statement.

The announcement marked a partial reversal of Turkey’s official stance on the deepening row between Belarus, its ally Russia, and EU states. Turkish Airlines on Tuesday rejected charges that its flights “prepare the ground for illegal migrant trafficking”.

Such reports “do not reflect the truth,” it said in a statement. Turkish Foreign Minister Mevlut Cavusoglu discussed the crisis by phone with Polish counterpart Zbigniew Rau on Wednesday.

At the time, Cavusoglu “expressed sadness over attempts to portray Turkey as a part of the problem,” the foreign ministry said. Turkey is home to up to five million refugees and migrants, most of them from war-scarred Syria, and remains one of the preferred routes for migrants and refugees to enter Europe.

Meanwhile, the European Union said on Friday it was making progress in tackling a migrant crisis on the Belarus-Poland border after Turkey barred the citizens of three Middle East countries from flying to Belarus.

Hundreds of migrants, mainly Kurds from the Middle East, have been stuck for days on the border in near-freezing temperatures, with the WHO saying on Friday it was “very concerned” about their plight.

Poland is refusing to allow them to cross, with the West accusing Belarusian leader Alexander Lukashenko of bringing them into the country to send over the border in revenge for sanctions.

In the first move to prevent more migrants from arriving, Turkey said that Iraqis, Syrians and Yemenis would no longer be allowed on flights from Turkey to Belarus because of “the problem of illegal border crossings” into the EU.

“We are seeing progress on all fronts,” European Commission vice president Margaritis Schinas told a press conference in Lebanon, adding that he would soon be travelling to Iraq and Turkey.

A German foreign ministry spokeswoman said talks were continuing with airlines and countries along possible migrant routes, and that the Turkish ban showed “we already have some success”.

Amid reports this week of more flights from Turkey and the Middle East carrying migrants to Minsk, Western countries are demanding Lukashenko and his main ally Russia take steps to end the crisis.Poland has moved 15,000 troops to the Belarus border, put up a fence topped with barbed wire and approved the construction of a wall.

Migrants have been trying to cross the border for months but the crisis came to a head when hundreds made a concerted effort on Monday and were pushed back by Polish border guards.