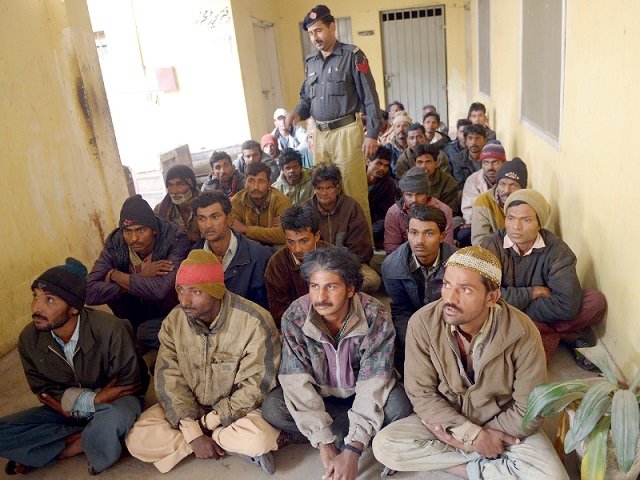 Pakistan has released at least 20 Indian fishermen from a jail in Karachi. They would be repatriated with the help of an NGO.

According to jail authorities, the Indian fishermen were released from Landhi District Jail, Malir, Karachi on the completion of their sentences.

Many of them were arrested about four years ago and were sentenced to imprisonment.

They were released following orders issued by the Sindh Home Department.

According to the jail superintendent, Indian authorities have confirmed the Indian citizenship of the released prisoners.

The fishermen are scheduled to leave Karachi by train for Lahore, from where they will be taken to the Wagah border by bus.

Pakistani authorities will hand over the fishermen to Indian authorities at the Wagah border on Monday.

There are still 588 Indian prisoners in Landhi Jail, most of whom are fishermen, according to jail authorities.

At least 67 Pakistanis are awaiting the repatriation process in Indian prisons despite having completed their terms. One of the Pakistani prisoners completed his sentence in 1998.