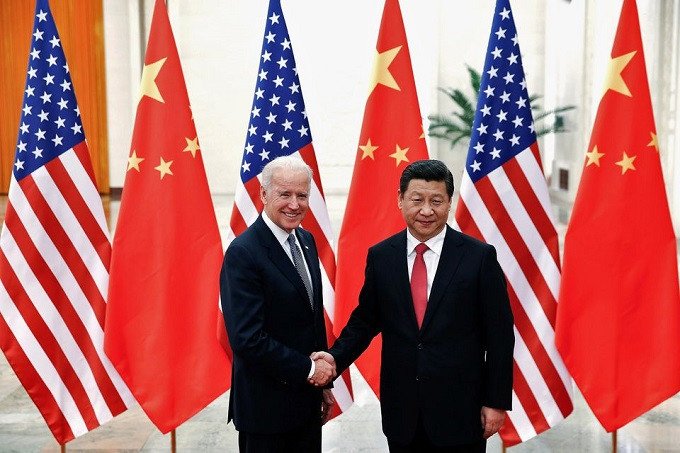 WASHINGTON:
US President Joe Biden pressed his Chinese counterpart on Beijing’s human rights practices, in an over three-hour call on Monday, while Xi Jinping warned that China would respond to provocations on Taiwan, officials said.

The closely watched conversation between the leaders of the world’s biggest economies was described by both sides as frank and direct as the two sides tried to lower the temperature and avoid conflict.

The talks appeared to yield no immediate outcomes, but gave the two leaders opportunity to nudge their relations away from icy confrontation.

Xi, who has not left his country since COVID-19 spread worldwide nearly two years ago, compared the two countries to “two giant ships sailing in the sea” that needed to be steadied so they didn’t collide, Chinese state media reported.

“I hope that, Mr. President, you can exercise political leadership to return the United States’ China policy to a rational and pragmatic track,” Xi told Biden, according to Xinhua.

“It seems to me our responsibility as leaders of China and the United States is to ensure that our competition between our countries does not veer into conflict, whether intended or unintended,” Biden said during a short exchange observed by American reporters. “Just simple, straightforward competition.”

The two leaders had a “healthy debate,” a senior US official said afterward. Biden stressed the importance of China fulfilling its commitments under a trade negotiated with Biden’s predecessor, Donald Trump, the US official said.

China is lagging in a commitment to buy $200 billion more in US goods and services, but Chinese officials said Xi told Biden that it was important to avoid politicizing the issue.