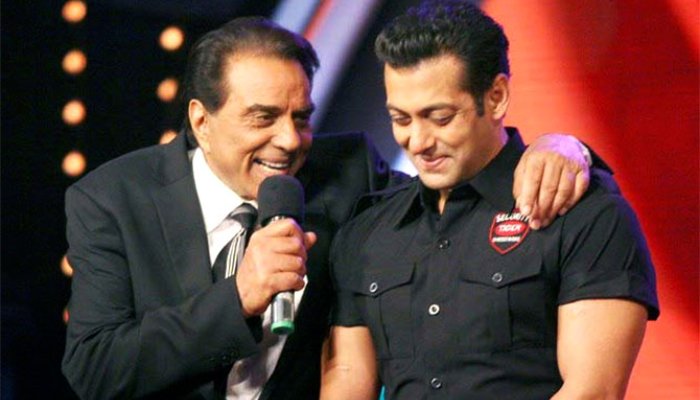 Bollywood superstar Salman Khan recently revealed who he thinks is the “most beautiful man”, choosing veteran actor Dharmendra as his pick.

The Bigg Boss host appeared on fellow Bollywood star Ranveer Singh’s show The Big Picture where the two got talking about the legendary star, with Salman at one point saying, “Actually, I have always followed Dharam ji.”

Going on to list his favourite qualities about Dharmendra that he tries to recreate, Salman gushed, “That innocence on his face… good looking man, the most beautiful-looking man with that vulnerability and that manly body.”