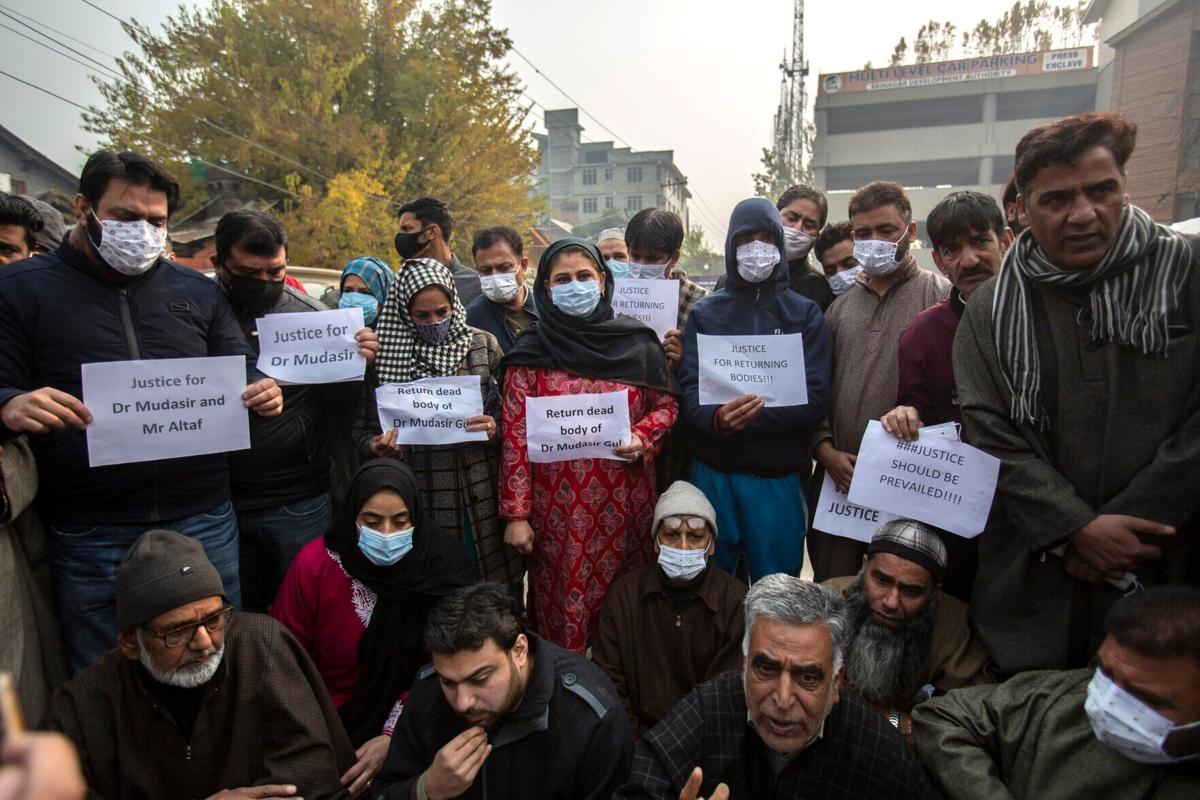 ISLAMABAD: In Indian Illegally Occupied Jammu and Kashmir, occupation forces arrested the protesting family members and civil society activists during a sit-in at Press Enclave in Srinagar against the killing of four civilians in a fake encounter in the city.

According to Kashmir Media Service, four civilians including a surgeon doctor were brutally killed by Indian troops in a staged encounter during a so-called cordon and search operation in Hyderpora area of Srinagar on Monday night. Dozens of armed and masked Indian police personnel raided the Press Enclave in Srinagar on Wednesday night to evict the families staging the sit-in to demand the return of the dead bodies of their martyred loved ones for burial.

The families of the two victims, Dr. Mudasir and Altaf Ahmad, were camping at the Press Enclave and continued their protest into the night amid subzero temperatures. Close to midnight, Indian armed police personnel arrived in armoured vehicles and snuffed out the candlelight vigil being held for the slain civilians.

The police personnel led by Superintendent of Police then began dragging and detaining the protesters, which was resisted by some family members leading to a scuffle. The police personnel subjected the protesters to brute force, injuring several of them. The protesters have been shouting slogans in favour of justice since Wednesday morning. “Who has a right over the dead bodies? The heirs,” they shouted. They also demanded, “Stop this dictatorship.”