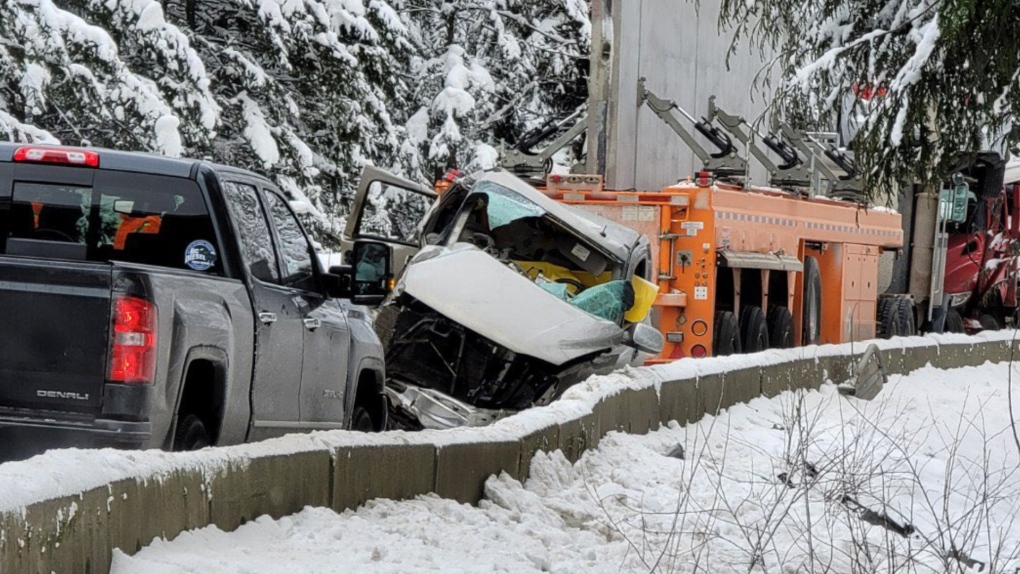 The driver of a semi-trailer is dead after the vehicle collided with a bus along Highway 16 west of McBride, B.C., near the Alberta border, police say. Thirteen other people were sent to hospital with injuries.

B.C. Emergency Health Services (BCEHS) says calls were made to 911 around 1:20 p.m. PT for a multi-vehicle incident north of McBride near the Goat River Bridge along Highway 16, which is about 800 kilometres northeast of Vancouver. The crash site is well outside the area that has recently been affected by mudslides and flooding.

Police said firefighters also rushed to the scene after both vehicles were reportedly engulfed in flames.

Social media posts from the scene appear to show a vehicle on fire on the snowy roadway.