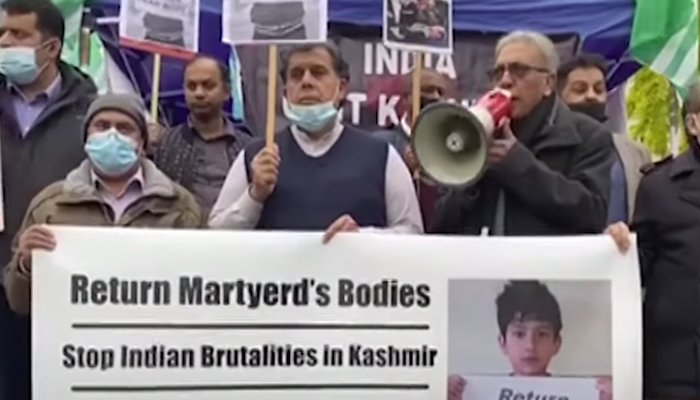 Protesters in Brussels call for and end to Indian atrocities in IOJK.
Protest held in front of central offices of European institutions.
Continuous killing of civilians a strongly condemnable act, protesters say.

BRUSSELS: A sit-in was staged in Belgium’s capital against Indian brutalities, especially the recent cold-blooded murders of two civilians in occupied Kashmir.

The protest was organised by Kashmir Council Europe (KC-EU) in front of the central offices of European institutions including the EU External Action Service and the European Commission.

Participants of the protest were holding pictures of the family members of the victims who were targeted in extrajudicial killings by Indian occupation forces.

The protesters also raised placards, which had slogans in favour of the people of Kashmir and against Indian atrocities in the occupied territory.