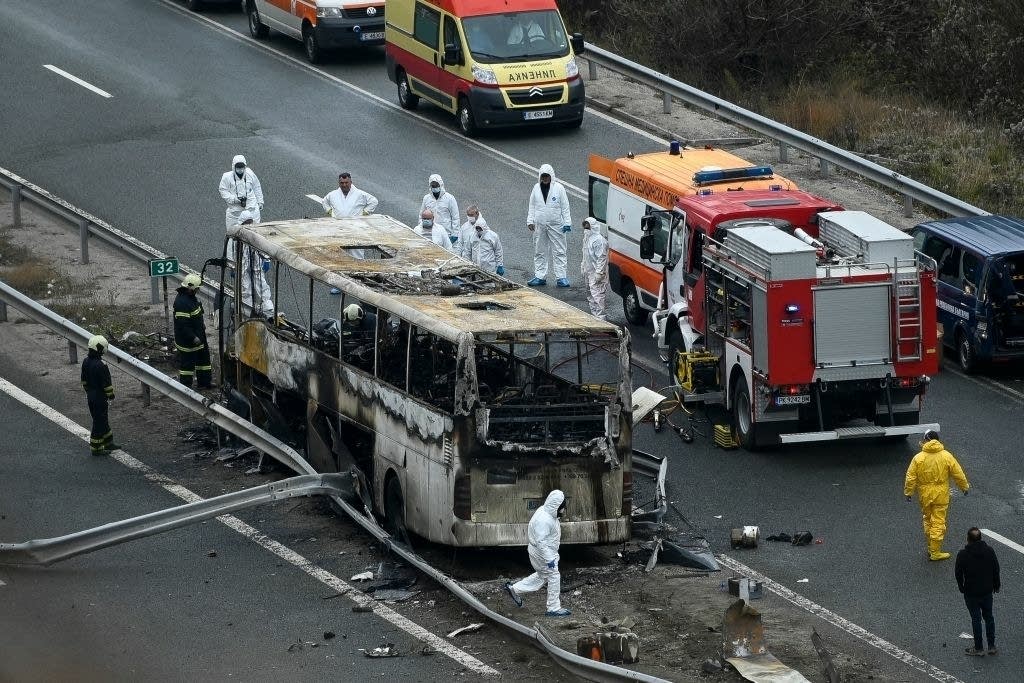 At least 45 people, including 12 children, died as a bus carrying mostly North Macedonian tourists crashed in flames on a highway in western Bulgaria hours before daybreak on Tuesday, officials said.

Seven people who leapt from the burning bus were rushed to hospital in Sofia and were in stable conditions, hospital staff said. Bulgaria’s interior ministry said 45 people died, making it the most deadly bus accident in the Balkan country’s history.

Interior Minister Boyko Rashkov said bodies were “clustered inside and are burnt to ash.”

“The picture is terrifying, terrifying. I have never seen anything like that before,” he told reporters at the site.